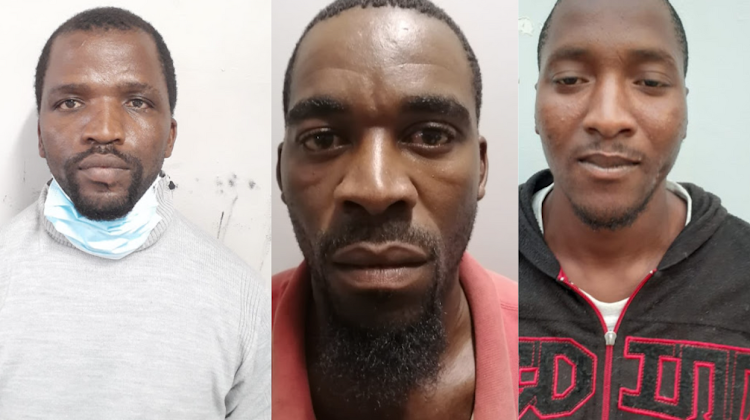 Three men have been sentenced to lengthy terms of imprisonment after being found guilty of the brutal murder of a 28-year-old farmworker whose body was found hanging from a beam in her house.

The three men pleaded guilty to the March 9 2020 attack on herdsman Bulelani Tshaka, 38, at the Spioenkop farm in Alexandria, and the murder of Vuyiswa Mali, 28.

Tshaka was brutally attacked with a spade after witnessing the trio trying to steal a weaned calf.

Tshaka was hunted by the men after they noticed that he had seen them in the act of stealing the calf.

He was assaulted many times with the side of a spade and sustained numerous open wounds to his face, head, body and legs.

Two more suspects arrested in connection with the murder of the Coka brothers were granted R10,000 bail each by the Piet Retief magistrate's court on ...
News
8 months ago

During the attack Tshaka managed to run away and hide in nearby bushes but lost consciousness after losing a substantial amount of blood.

Later that day Tshaka regained consciousness and managed to get to the owner of the farm for assistance.

He was admitted to Port Alfred Hospital and later transferred to Livingstone.

While his attackers continued to search for Tshaka, they went to his flatlet where they were confronted by Mali.

They attacked and stabbed her and then hanged her from a beam with a piece of wire.

The next morning, Mali’s body was found by her co-workers.

Msweli gave a voluntary confession and implicated his co-accused, who were later arrested.

They, too, elected to make full confessions, Govender said.

During his testimony, Msweli gave a graphic account of the events that transpired after the trio were unable to find Tshaka.

According to Msweli, when they went to the flatlet, Mali was alone and his co-accused took turns to rape her.

Msweli said when they finished they instructed Mali to wash and put on a set of clean clothes.

They then stabbed her and hanged her.

Govender said the rape could not be proved in court because there was insufficient evidence due to the fact that the men had instructed Mali to wash before killing her.

“They were not charged for rape, as this information was only revealed during the trial,” Govender said.

KwaZulu-Natal police are investigating the death and robbery of a Karkloof farmer who was stabbed several times on Thursday.
News
8 months ago

A 22-year-old woman is expected to appear before the Smithfield magistrate's court on Tuesday after the lifeless body of a 29-year-old farmworker was ...
News
11 months ago

Stutterheim farmworker hacked to death and cut in half with chainsaw

A Stutterheim farmworker accused of stealing a goat belonging to a neighbouring farmworker was hacked to death before his body was chopped in two ...
News
2 years ago
Next Article