One charge withdrawn in perjury case against public protector 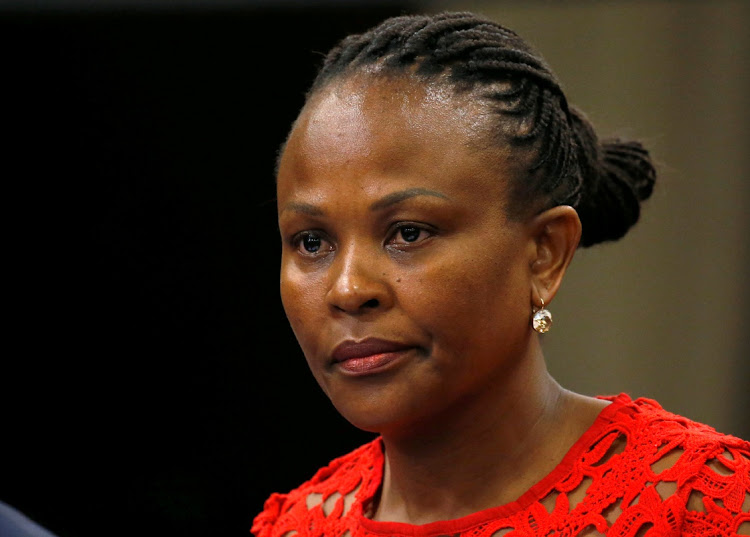 Public protector Busisiwe Mkhwebane appeared in the Pretoria magistrate’s court on Friday in connection with a perjury case in which she is accused of lying under oath.

“Following her representations to the director of public prosecutions in the North Gauteng division, advocate Sibongile Mzinyathi, one of the charges was withdrawn,” the National Prosecuting Authority (NPA) said.

“Advocate Mkhwebane’s legal representative has requested the court to allow her to make representations to the National Director of Public Prosecutions, advocate Shamila Batohi, for further review of the remaining charges.”

The matter was postponed to September 29 for the outcome of those representations.

TimesLIVE reported previously that Mkhwebane had initially faced three charges in the matter.

NPA spokesperson Sipho Ngwema previously gave a breakdown of the charges related to the public protector allegedly lying under oath in November 2017 and in April 2018 about meetings she had with then president Jacob Zuma.

National Assembly speaker Thandi Modise says she had no power to invalidate the rules created by parliament and which are being used in the ...
News
7 months ago

Embattled public protector Busisiwe Mkhwebane’s legal counsel has accused the National Assembly (NA) of trying to use the backdoor to “amend” the ...
News
7 months ago

The national director of public prosecutions is deliberating on the representations made by Mkhwebane's legal team to have the charges against her ...
News
10 months ago
Next Article