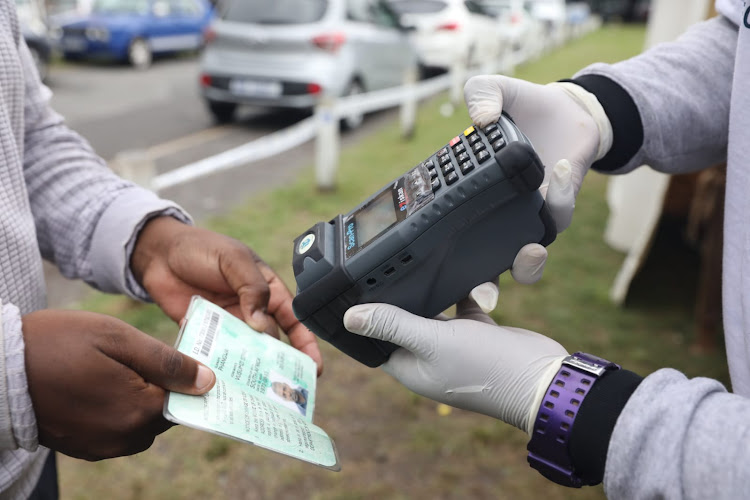 The Information Regulator this week expressed concern over how much personal information is made available to political parties and independent candidates contesting  the local government elections.

On Tuesday, it appeared before parliament’s portfolio committee on justice and correctional services where it presented its budget and other matters affecting the regulator.

DA MP Werner Horn asked chairperson of the regulator Pansy Tlakula about the publicising of the voters' roll to political parties and independent candidates who were contesting the local government elections in October.

“There is obviously a need for a very careful balance between the enabling of political parties and independent candidates to campaign effectively, specifically being able to identify who are the registered voters.

“There is an argument to be made that when you have registered to vote, in principal, for political parties or independent candidates to make contact with you. In terms of the Protection of Personal Information Act you have the right to inform all parties that you don’t want to be engaged in a direct manner by a political party.

“I want to know if the Information Regulator has considered the manner in which they have seemingly determined the Electoral Commission of SA (IECSA) must redact identity numbers on the voters’ roll.”

The IEC has announced the 17 to the 18 of July as the voter registration weekend for the up-coming local government elections.
News
1 year ago

Responding, Tlakula said: “Part of our mandate is to look at whether the laws, policies and proposed legislation comply with the provisions of the protection of personal information.”

Tlakula said the regulator recently held a colloquium with the IEC to check which sections of the electoral act violated the provisions of POPIA.

“One of those provisions is a provision which says upon payment of a fee, the voters' roll can be made available to any persons. The voters' roll as we know, contains a lot of information. Key among that information is special personal information, identity numbers and that is a unique identifier.”

She said this information, in terms of POPIA, has to be handled in a particular manner.

“We then identified those sections and then left it to the IEC to bring those sections in line with POPIA. I think they then repealed that particular section that says on payment of a fee, they can give the voters' roll to anyone. Then there was a section of publishing the voters' roll and what information should be published.”

In the main, Tlakula’s concern was the sharing of people’s identity numbers which might cause apprehension for the public.

“That is when we came up with the proposal that they should redact the identity numbers and my understanding is that redactions will apply on the certified voters' roll that they are going to publish.

“But if that is not the case, then it might be something that we need to follow up with the IEC because, indeed, on our side we have to protect the information of the voter and in doing that we have to balance between privacy and free flow of information and make sure that the IEC, as a public body, is able to execute their mandate.”

But she said, “The voters' roll, for it to have all the details, especially the ID, is a problem.”

She explained that when voters register, they consent to their information being used for the purposes for which it was collected.

Electoral operations deputy CEO Masego Sheburi on Thursday said in March 2021, parliament adopted amendments to the Electoral Act to bring it in line with thePOPIA.

“The amendment to section 16 of the Electoral Act makes it peremptory for the chief electoral officer to redact certain digits of the voter’s identity number on the voters’ roll provided to parties. This is done in order to protect the personal information of voters,” he said.

Sheburi said the voters’ roll used for elections at the voting station will, however, still bear the full details of the voter.

“The legislative changes were discussed with represented political parties in the national party liaison committee. The parties were also represented in the colloquium with the Information Regulator,” he said.

Sheburi added there has been anecdotal evidence of voters complaining about unsolicited contact from parties in circumstances where they had not given consent.

'I would sooner resign than comply to any political request,' the tax chief told parliament on Wednesday.
News
1 year ago

The Gauteng MEC for sports, arts, culture & recreation used her Freedom Day address to call on artists to use their music to raise the consciousness ...
News
1 year ago

SA's local government elections could still be postponed due to uncertainty over the timing of a third wave of Covid-19, Electoral Commission CEO Sy ...
News
1 year ago
Next Article