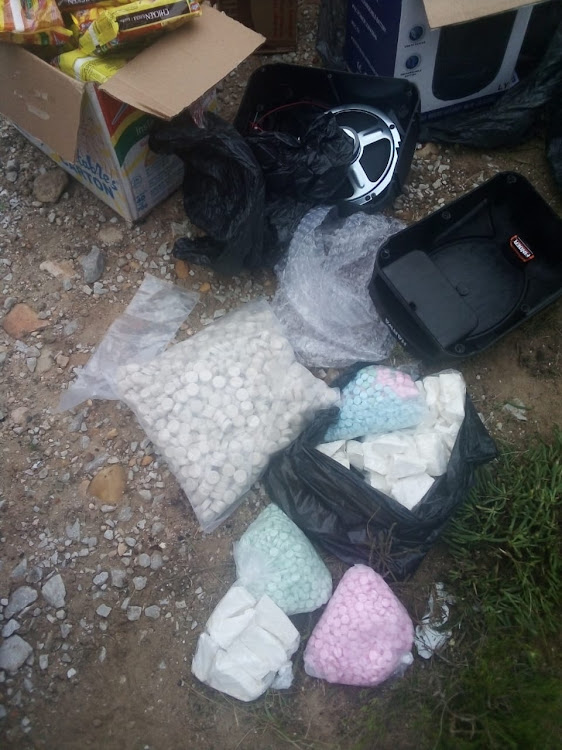 A 37-year-old man travelling by bus from Gauteng to Gqeberha, allegedly with a cocktail of drugs in his possession, was arrested on Saturday after the vehicle was intercepted in Motherwell.

The bus was stopped on the Old Uitenhage Road just after 10am in an intelligence-driven operation by Anti-Gang Unit members, police spokesperson Col Priscilla Naidu said in a statement.

It is suspected that these drugs were destined for Gqeberha.

The suspect will appear in the Gqeberha magistrate's court on Monday.

On Saturday, at about 3pm, AGU members also confiscated dagga in Corsa Street in Algoa Park. It is alleged that when a group of males saw the police vehicle, they dropped a packet and ran. About 60 small packets of dagga, with an estimated value of R3,000, were found inside.

Acting Nelson Mandela Bay district commissioner Brig Luntu Ngubelanga commended the AGU members for “their speedy reaction to the information and the confiscation and subsequent arrest”.

“Illegal drugs defeat the journey to a safer and drug-free society. Drug dealers are warned that we, the SAPS are a step ahead of their activities and our efforts to cripple their business are intensifying every day to ensure the safety of our citizens. There is no place for them in this metro and we will not hesitate to expose, arrest and send them to prison.”

The dilapidated house in eMsahweni, in KwaMakhutha south of Durban, where seven men were gunned down on Wednesday was used as a drug house
News
2 years ago
Next Article