Jeffrey the wandering baboon captured in Joburg and relocated to Polokwane 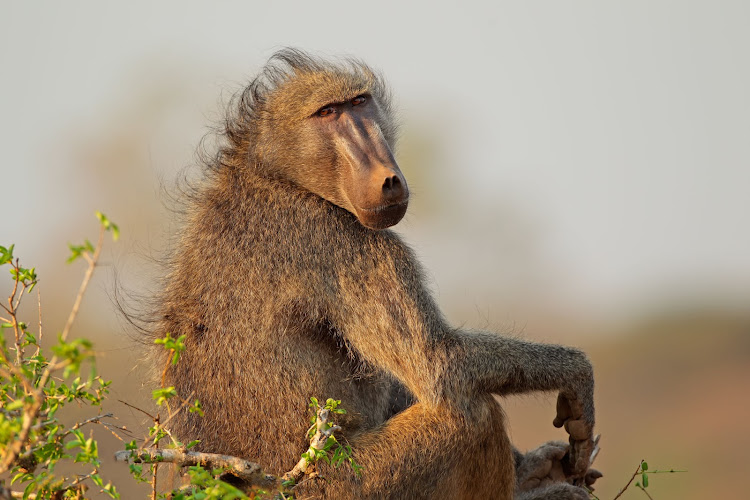 Jeffrey's short sojourn in the city is over and he is back in more familiar territory. Stock photo.
Image: 123RF/Nico Smit

The male baboon that has been on the loose in Johannesburg, named Jeffrey, has been recaptured and released into the mountains in Polokwane.

The baboon had been spotted wandering around parts of the city over the past week. There was a sighting of him crossing Ontdekkers Road near Florida Veterinary Hospital and another on the roof of Life Flora Clinic in Roodepoort.

“We were able to trap him on Good Friday in the Helderkruin area in Roodepoort. We took him to a rehabilitation facility in Limpopo,” Bailey said.

He was kept at the facility for a few days to interact with other animals.

“He has now been released in the mountains,” Bailey said.

Baboon on the loose in Johannesburg, spotted on roof of hospital

A baboon has been spotted on the loose in the Parktown north areas on Sunday.
News
3 weeks ago

Cape Town gives baboon a three-day ultimatum: 'Settle down - or else'

Cape Town’s celebrity baboon, Kataza, has three days to make it across the mountain - or he could be relocated to a rehabilitation centre in Limpopo.
News
3 months ago
Next Article