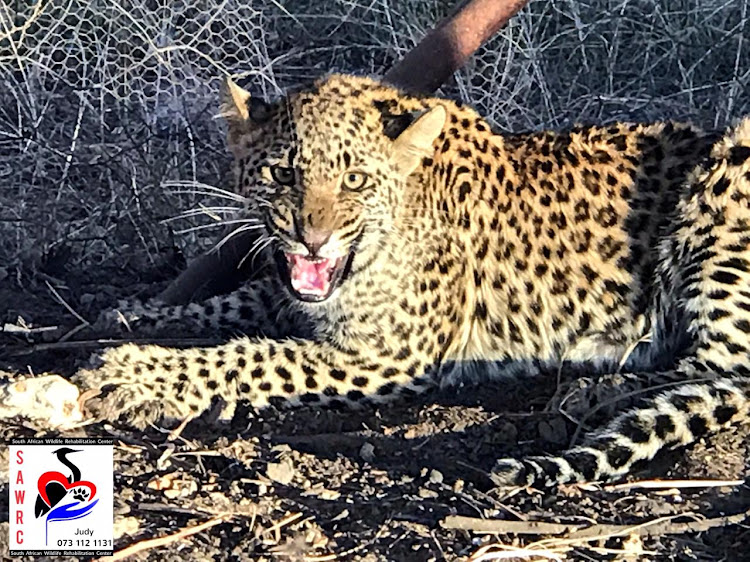 The South African Wildlife Rehabilitation Centre (SAWRC), together with the Craig View Veterinary Clinic, caught the young leopard running around the Marister area, near Benoni on Monday
Image: SAWRC

It's a jungle out there. First it was a baboon jumping over roofs in Northcliff, Johannesburg. Now a leopard has been caught running around the Benoni area.

The South African Wildlife Rehabilitation Centre (SAWRC), together with the Craig View Veterinary Clinic, caught the young leopard running around the Marister area, near Benoni on Monday.

"We are not sure how he got to that area, but there are leopards in the open areas of Bapsfontein. It could be a youngster that came from there but it could also be a youngster who escaped from somewhere," Judy Davidson of the SAWRC said.

Davidson said the youngster was about five months old.

He was first sighted at around 5am on Monday morning and again at around 7am.

"That's when the SPCA was phoned and they contacted us," she said.

At around lunchtime veterinary surgeon Dr Clifford Bull was contacted to dart the leopard to ensure that it could be safely captured. 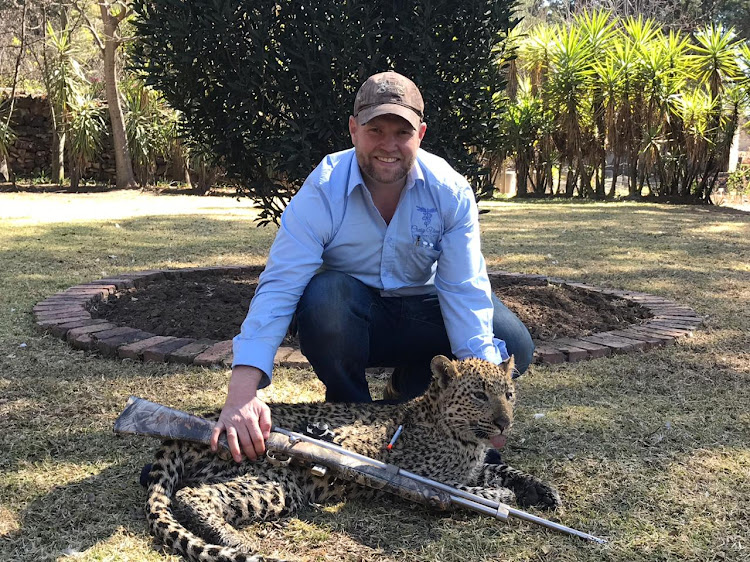 Dr Clifford Bull who did a sterling job darting and managing the DNA samples.
Image: SAWRC

"He ran into somebody's laundry at the back of their house. Dr Bull darted him and we took him out."

The leopard was moved to a "soft release enclosure" on a conservancy outside Bronkhorstspruit.

A vet is expected to have a check on him again on Tuesday.

"We are not happy with his condition. He will stay a month or two until we are sure that he can cope and look after himself.

"He is not tame, but he is also not terribly upset to be enclosed which makes us think he might have been in an enclosure somewhere."

The National Society for the Prevention of Cruelty to Animals is investigating an incident at a livestock breeder farm near Dundee in northern ...
News
3 years ago
Next Article