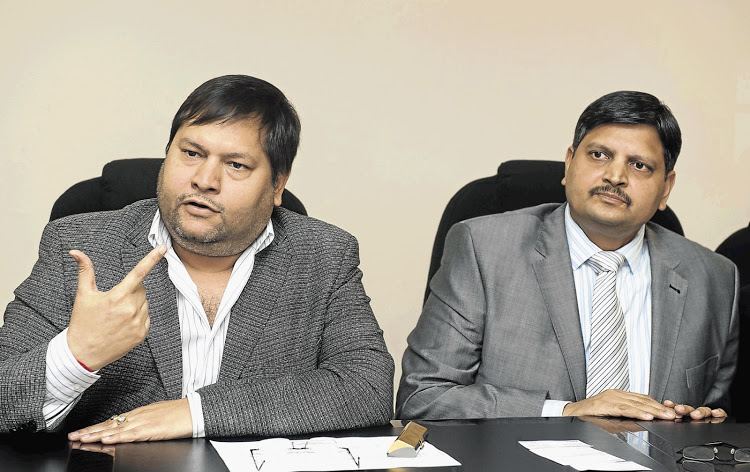 On Wednesday the government gazette published a notice by Reserve Bank deputy governor Kuben Naidoo for the forfeiture of the money and any interest accrued from Sahara’s Nedbank account and its deposit into the National Revenue Fund.

The forfeiture was made according to the provisions of Exchange Control Regulation 22B, which is for the “forfeiture and disposal of money or goods attached or in respect of which orders have been issued or made”. The exchange control regulations fall under section 9 of the Currency and Exchanges Act.

SA banks unbanked the Gupta brothers Tony, Ajay and Atul in 2016 after allegations of corruption and state capture.

In 2019 the US Treasury department sanctioned Ajay Gupta, Atul Gupta, Rajesh Gupta, and Gupta associate Salim Essa who they called “members of a significant corruption network in SA that leveraged overpayments on government contracts, bribery, and other corrupt acts to fund political contributions and influence government actions”.

"The rising cost of funding presents a challenge, given that interest rate payments in SA are already among the highest among key emerging markets," ...
News
5 months ago

Sahara Computers became one of SA’s largest information technology suppliers and reportedly had three cricket stadiums named after it, including Newlands cricket stadium which was previously Sahara Park and Kingsmead stadium in Durban.

Atul and Tony and their wives Arti and Chetali resigned as directors of the company in 2016. In late 2017 the Sahara Computers offices in Midrand were abandoned, according to a News24 report at the time.

The Guptas were not the only people in the sights of the SARB.

On Thursday last week Naidoo also signed a notice and order of forfeiture for R225,680.92 from Mary Bushiri’s Nedbank account.

The Bushiris fled to Malawi in November last year after they were granted R200,000 bail in the Pretoria magistrate’s court.

They were arrested in October last year on charges of money laundering, fraud and theft.

Should the extradition application be granted by the Lilongwe court, the Bushiris will be returned to SA to stand trial.