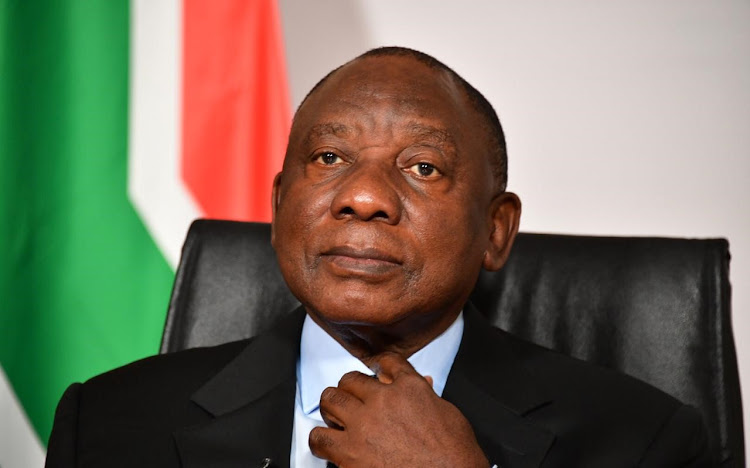 President Cyril Ramaphosa said in a seminar on Thursdsay that SA's financial sector was highly monopolised and highly profitable, but had failed to address challenges faced by struggling entrepreneurs during the pandemic. File photo.
Image: Elmond Jiyane / GCIS

President Cyril Ramaphosa on Thursday launched a scathing attack on banks, blaming them for the failure of the R200bn loan guarantee scheme that was supposed to rescue small businesses affected by Covid-19 from collapse and from shedding jobs.

Speaking at a masterclass arranged by the National School of Government — headlined by global economist Marianna Mazzucato, a special adviser to the government — Ramaphosa said he was disappointed in the way banks had managed the loan guarantee scheme.

“The disappointment, for me, has been in how our financial sector has managed the Covid guarantee fund that we put up, which was guaranteed by government.

“We put up R200bn and we said, 'Assist the private sector and let’s protect the jobs so that companies are able to operate through Covid and, through that, we should restructure our economy and bring more black people who have been prevented from operating in their own economy.'

“And that has not really happened,” he said.

SMEs, forget about government's empty promises, you're on your own

Since government has failed to help small businesses during the pandemic, they should take steps to help themselves
Opinion
3 months ago

The loan guarantee scheme formed part of the R500bn stimulus package Ramaphosa unveiled last April as a response to the hard lockdown. In terms of the scheme, the National Treasury and the Reserve Bank entered into a partnership with major banks to make it easier to lend money to small businesses affected by the pandemic — but the banks were allowed to apply their normal lending criteria.

Finance minister Tito Mboweni previously said that just R17.8bn in loans had been approved by banks.

The president was attending the virtual masterclass for members of the executive, heads of departments and senior leaders from the local government sphere, the legislative sector and organs of state. It was organised under the theme “The Entrepreneurial State and Mission Economy: Lessons and Opportunities for SA”.

Ramaphosa said the country’s financial sector was highly monopolised and highly profitable, but had failed to address challenges faced by struggling entrepreneurs during the pandemic.

“The profits that our financial sector has been making have been huge. It has been billions and billions, and quite a lot of that money is just in certain assets and not in assets that we would like to see producing jobs.

“Our financial sector is highly monopolised, as you may well know. Other countries will have 10 or 20 banks and we have only four major banks and, between them, managers rotate. And yet we should be opening up the financial sector more and more.”

The criticism comes as the government mulls the idea of a state-owned bank. A document before the cabinet proposes the consolidation of a number of state-owned lending agencies, and tapping into the government’s stake in African Bank.

Ramaphosa agreed with Mazzucato that states needed to enhance public sector capacity instead of outsourcing key functions to the private sector. He told those who attended the webinar that outsourcing had weakened the state.

“That happens to be the case here as well, and we have seen how outsourcing has also weakened our state and how even those entities that we tended to outsource to were themselves captured and deeply involved in the challenges that we face of corruption,” he said.

The president said a key focus in future would be reforming public procurement so that it serves a greater public good.

“What we also need to reform is the procurement system. Procurement in any state and any government is one of the biggest areas of economic activity and we need to reform it in such a way that is going to be empowering to black entrepreneurs and people so that they have a sense that they can also play a role in procurement.”

Procurement should be transformed until it is free of corruption, he said.

You can repossess cars but not homes during Covid, watchdog tells UK banks

British banks should avoid repossessing homes of mortgage customers for another three months but may repossess cars after the reimposition of tough ...
News
3 months ago
Next Article