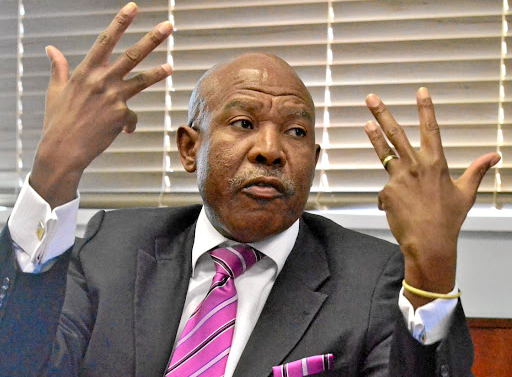 South Africa is "no way near debt distress", central bank governor Lesetja Kganyago said on Friday, despite the country's debt-to-GDP ratio nearing the 100% mark seen as a red line for investors and credit rating agencies.

Kganyago, speaking live online during an African Development Bank panel discussion, however warned of the dangers of implementing fiscal austerity during a prolonged contraction of the economy.

"Debt is an outcome of your fiscal policy stance, so for as long as you are running a fiscal policy deficit you will have debt," Kganyago said. "(But) it could actually be self-defeating if you try to implement fiscal consolidation during a growth crisis."

Africa's most developed economy, and the hardest hit by COVID-19 with more than 1.5 million confirmed cases, was in recession before the pandemic struck, accumulating a large stock of debt over the last decade to plug widening budget deficits.

In last month's budget, the treasury forecast the deficit to more than double to 14% of gross domestic product (GDP) in the 2020/21 fiscal year.

Debt as a ratio of growth is seen reaching 87.3% by 2023, but only if the deep cuts to public sector wages and other spending programmes materialise, something credit agencies have expressed doubts over, with unemployment soaring and growth stalling.

The economy shrank 7% in 2020, the biggest contraction since 1920 according to the Reserve Bank.

Kganyago added that debt forgiveness in the South African context would not be necessary as most of the country's debt, around 90%, was denominated in local currency.

Public sector unions want a general salary rise of consumer inflation plus 4% for all workers, a document they presented to the government showed on ...
News
1 year ago

The government has sounded another debt warning as costs to service its debt soar to just under R1-trillion over the next three years, eclipsing all ...
News
1 year ago
Next Article