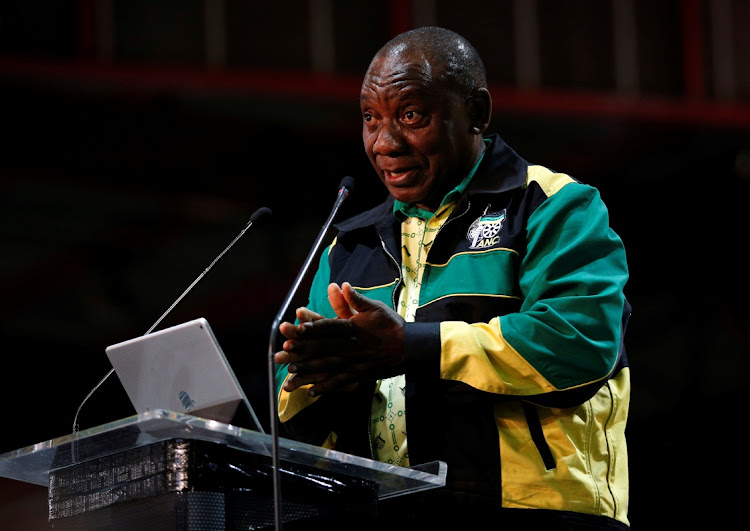 Even if the high court granted the EFF the court order they want to unseal the CR17 bank records, they would still be protected from public disclosure under the Financial Intelligence Centre (FIC) Act, counsel for the FIC said in court on Wednesday.

The FIC was arguing to keep confidential its report and annexed bank statements  obtained by public protector Busisiwe Mkhwebane in her infamous Bosasa investigation.

Based on these records, Mkhwebane revealed in her report that the CR17 campaign, which saw President Cyril Ramaphosa elected ANC president in December 2017, had raised millions of rand.

Mkhwebane said in her report the amount of money raised gave rise to a “risk of some sort of state capture” and directed the speaker of parliament to require Ramaphosa to disclose his donors.

When Ramaphosa challenged the report in court, Mkhwebane submitted the FIC documents to court under rule 53, which requires decision makers whose decisions are taken on review to submit all the documents on which they relied. This would usually have put them in the public domain.

At the request of the president’s lawyers, deputy judge president Aubrey Ledwaba sealed the bank statements from the public, saying if anyone wished to challenge this they could raise it “in court”.

The case proceeded and no-one raised it, but the FIC reserved its rights to protect its documents, its counsel Les Morison SC said in court on Tuesday afternoon.

It was only after judgment - an emphatic victory for Ramaphosa - that the EFF brought a new and separate case heard on Tuesday and Wednesday in the Pretoria high court to unseal the record.

On Tuesday, counsel for the EFF Ish Semenya SC had argued it was “curious” that the FIC had come to court to argue that its documents were still confidential.

The FIC Act required the FIC to give the bank statements to the public protector and once this had been done, that was the end of its role, he said. He invited the FIC to show the court where the FIC Act allowed the FIC to continue to protect its information once it was in the hands of third parties.

Morison’s response was that section 41 of the FIC Act prohibited people from disclosing information “obtained from” the FIC, except in specific circumstances.

He said the EFF had not made out a case that it fell within any of the specific circumstances, nor had the party attacked the act.

Quoting Johnny Cochrane in the OJ Simpson trial, he said: “If it doesn’t fit, you must acquit.”

He said the EFF had not countered the policy arguments for why the FIC documents should remain confidential, in particular how their being made public would undermine the FIC’s crime fighting capacity and its international legal obligations on money laundering.

However, Semenya said the act said if the FIC wanted to protect its information, it was, under section 44 of the act, supposed to go to investigating authorities, not “interpose yourself in civil litigation everywhere”.

'Zuma is not a saint. He was a disaster for this country,' said transport minister Fikile Mbalula.
News
1 year ago

The ANC's integrity commission has criticised President Cyril Ramaphosa for seemingly giving it the runaround for 18 months instead of answering ...
News
1 year ago

President Cyril Ramaphosa did not take kindly to criticism from the ANC integrity commission about his failure to cooperate with the veterans, ...
News
1 year ago

Public Protector Busisiwe Mkhwebane’s competency in relation to her investigation into the CR17 campaign funds came under sharp scrutiny in the ...
News
1 year ago
Next Article