He did not welcome its criticism of his alleged conduct 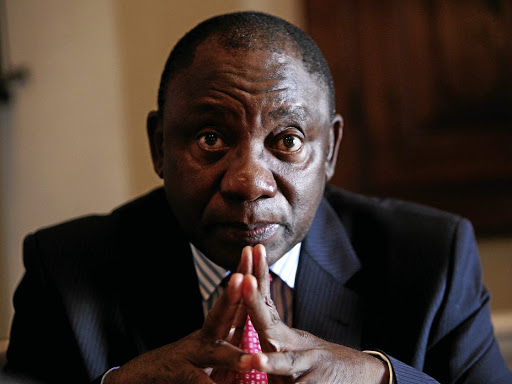 President Cyril Ramaphosa wrote a scathing letter to the ANC integrity commission in which he objected to its leaked report about his alleged conduct.
Image: SUNDAY TIMES

President Cyril Ramaphosa did not take kindly to criticism from the ANC integrity commission (IC) about his failure to co-operate with the veterans, contrary to what he told reporters at the weekend.

It has emerged that Ramaphosa wrote a scathing letter to the commission in which he  objected to its leaked report about his alleged conduct.

In a letter dated December 22 that TimesLIVE has seen, Ramaphosa bemoaned that the commission’s report portrays him as a “delinquent” who repeatedly refused to appear for almost two years.

He also said he wants the commission to reconsider its widely circulated report.

In interviews with the SABC and Newzroom Afrika after the ruling party’s  annual January 8 statement, Ramaphosa on Saturday commended the commission for taking a hardline against him.

He said: “They chastised me in their leaked commission report and I accepted the chastisement.”

However, the tone of his letter to the commission suggests he did not accept the chastisement and wants the report reconsidered.

Ramaphosa’s letter comes after a report by the commission was leaked last month in which it airs its frustrations with him for delaying his appearance, citing that the CR17 campaign matter was still before courts.

In his letter, Ramaphosa tells commission chairperson George Mashamba the report misrepresents events that took place before his appearance.

The commission first requested Ramaphosa’s audience in 2018, at the height of the controversy related to his CR17 campaign and the public protector’s investigation into whether he misled parliament about donations from Bosasa towards the campaign.

In its report, the commission said it was disappointed when Ramaphosa said he could not honour the invite as the CR17 campaign funding was still before the courts.

This is in stark contrast with what he has been trying to achieve in the ANC since he took office.

In his bid to rid the ANC of corruption and corrupt-accused leaders, Ramaphosa has repeatedly called on every party deployee accused of wrongdoing or facing criminal charges to appear before the commission without delay, failing which they could face suspension.

His continued failure to appear before the commission has raised questions.

“The IC requested, both verbally and in writing, several times over 18 months to meet with the president,” the commission said.

“It did not sit well with the IC that the president especially, but also the officials, continually referred publicly to the importance of the IC and the work being done, but in reality there was little to no interaction.”

This, according to Ramaphosa’s letter to Mashamba, was both unfortunate and concerning as the commission’s report “seems to create an impression that I sought to avoid appearance before the IC”.

“What concerns me is the impression that is created which would appear like I was delinquent in the manner in which I dealt with the matter of my appearance before the IC,” Ramaphosa said.

The president said he was surprised by the commission’s scathing report because, as far as he was concerned, his proposal to have his appearance postponed until the court matter was finalised was accepted by Mashamba.

He told the commission its report misrepresents the series of events.

He said following the conclusion of his court case in which he successfully convinced the court to seal the CR17 campaign banking documents, he is the one who offered to appear before the commission.​

“I am therefore surprised that the chairperson’s report asserts that it is with ‘great disappointment to the IC when the president explained to the chairperson that since this was a legal matter, he did not feel it was right to discuss the CR17 campaign funds until the legal matter was finalised’. This sentiment was certainly not expressed to me by the chairperson at the time,” Ramaphosa said.

“My intention in making the proposal was by no means aimed at avoiding my appearance before the IC. In fact, the opposite is true.”

When approached for comment on Sunday evening, Mashamba said he does not speak about the work of the commission outside the structures of the ANC, especially its national executive committee.

Ramaphosa’s letter emerged just days after he delivered the ANC’s annual January 8 statement in which he vowed to give the ruling party more teeth.

“We reiterate, as resolved by the national conference, that every member accused of, or reported to be involved in, corrupt practices should account to the integrity commission immediately or face disciplinary processes. Members who fail to give an acceptable explanation or to voluntarily step down while they face disciplinary, investigative or prosecutorial procedures will be summarily suspended,” he said on Friday evening.

The ANC's integrity commission has criticised President Cyril Ramaphosa for seemingly giving it the runaround for 18 months instead of answering ...
News
1 year ago

ANC secretary-general Ace Magashule must step aside with immediate effect, the party’s integrity commission has recommended.
News
1 year ago
Next Article