Mamelodi businesses |'Why we pay R400 a month extortion fee' 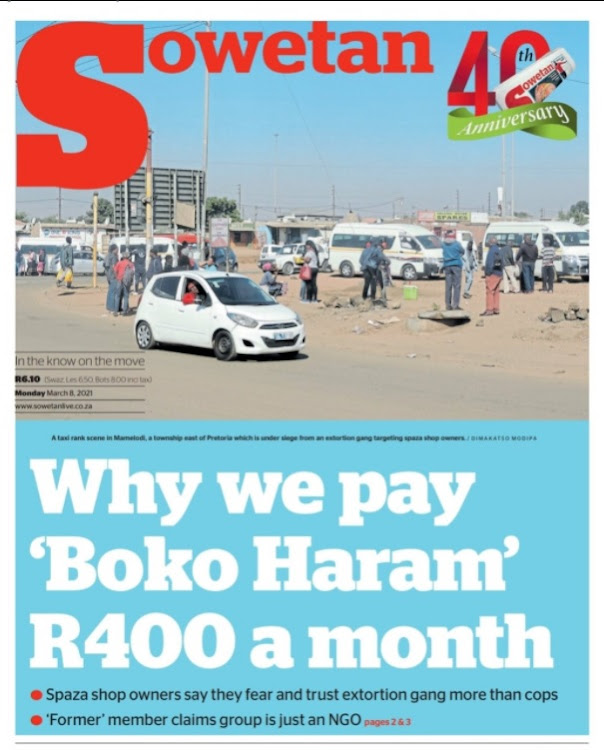 The name Boko Haram strikes much fear among businessmen and foreign shop owners in Mamelodi township, east of Pretoria, where the vigilante group has wreaked havoc for more than two years.

Boko Haram is the name that has been adopted by a group of more than a dozen men who extort money mainly from foreigner tuckshop owners.

A taxi driver and a businessman with intimate knowledge of the group and its alleged extortion operations in the township claim the group is run by men previously linked to Mathibela.

The man and woman, both aged 37, were arrested on Thursday after their alleged victims made complaints against them. This was after the group allegedly collected money from Inkandla hostel dwellers.

The name Vusi "Khekhe" Mathibela is one that has been well known for years in Mamelodi, Tshwane but it wasn't until the murder trial of businessman ...
News
1 year ago
Police confident of more arrests of vigilante group
Next Article