Lions put down after they kill tracker in Limpopo national park 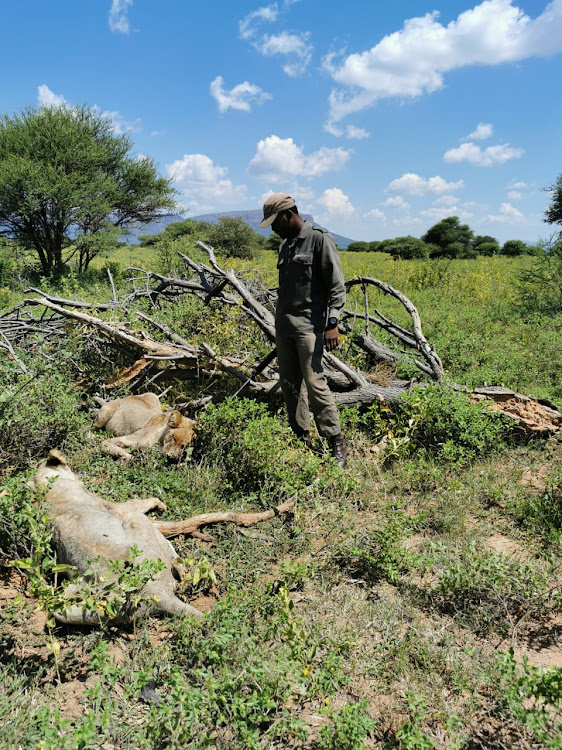 The two lions that attacked and killed a tracker in Limpopo on Saturday were put down immediately.
Image: Supplied

The police in Limpopo have opened an inquest after lions attacked and killed a 27-year-old tracker at the weekend.

The man, identified as Malibongwe Mfila, was attacked at the Maratana Safari Lodge, which is situated in the Marakele National Park in Limpopo's Waterberg district. The incident took place on Saturday.

According to police spokesperson Brig Motlafela Mojapelo, Mfila was employed as a tracker at the lodge.

“It is alleged that he was driving around in the bush, checking where animals such as elephants, lions and others were to advise the guides as and when they do game drives. He then reportedly decided to stop the vehicle and get out and, as he was walking, he was attacked and killed by two lionesses,” Mojapelo said.

He said someone who was also driving inside the park noticed the two lions with the body and alerted the park manager who informed the police. The lions were found still attacking the deceased and were both put down.

A 37-year-old man is expected to appear in the Krugersdorp magistrate’s court on Monday for illegal possession of lion bones.
News
2 months ago

A wildlife warrior from the Pilansberg National Park died after being attacked by a lion.
News
3 months ago
Next Article