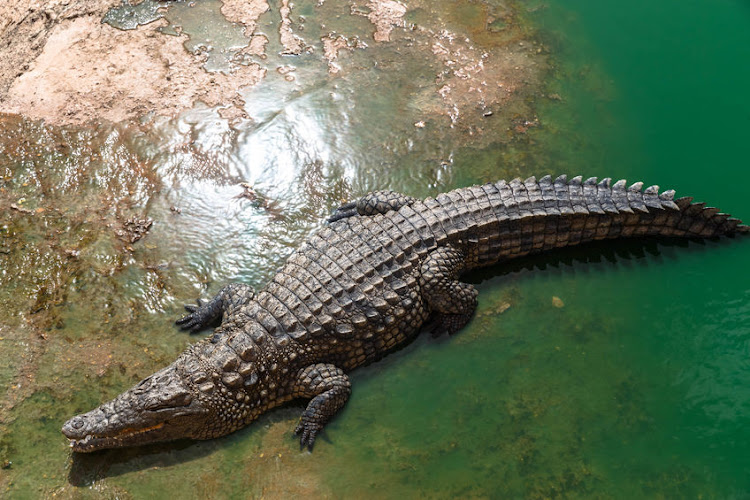 AN unknown number of Nile crocodiles escaped from a breeding farm in the Cape Winelands. Stock photo
Image: 123RF/Konstantin Kopachinsky

Traps have been set in the Brede River after an unknown number of Nile crocodiles escaped from a commercial breeding farm in Bonnievale in the Cape Winelands.

Western Cape local government spokesperson James-Brent Styan said on Wednesday that CapeNature, the police and landowners in the area would also patrol the river at night.

"We can confirm a number of small crocodiles have escaped from a commercial breeding farm in Bonnievale," Styan said. "Twenty crocs have been recaptured. An unknown number remain on the loose and have likely escaped into the Breede River."

He said the government was urging people to be on the lookout "about 5km upstream towards Robertson and 5km downstream towards Swellendam".

"They are subadults and not at breeding age yet. They present medium danger to people because they are farmed animals used to regular feeding and do not hunt for food. But they are wild and instinctive animals and, like all wild animals, always pose a danger to people.

"People need to steer clear of the river as indicated. This is where the animals would instinctively go. CapeNature has set a number of traps with bait to try to catch as many animals as possible. Patrols on the Breede River will be undertaken every night to catch as many as possible," said Styan.

The Kruger National Park is still experiencing persistent rainfall and some of its rivers are flowing strongly after tropical storm Eloise.
News
1 year ago

WATCH | Forget the beach closures, this puff adder just went for a swim

Beach closures be damned! This puff adder’s day went swimmingly
Pic of The Day
1 year ago
Next Article