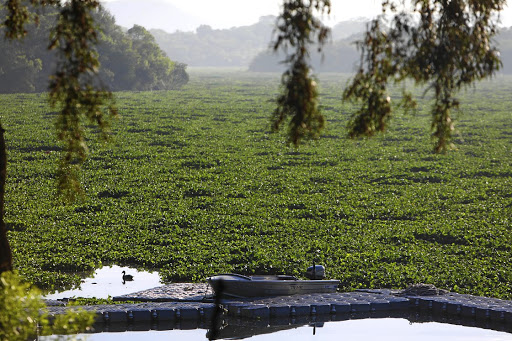 The city of Tshwane will soon find itself in court, as the water and sanitation department said it would go the legal route to force the repairs of the wastewater treatment plant at Baviaanspoort.

Department spokesperson Sputnik Ratau told TimesLIVE that the city had failed to adhere to its business plan, part of which involved fixing the Baviaanspoort plant.

“Going to court is a last resort for us,” said Ratau, but added that the department would continue to pressure the city through the courts if it emerged that problems were not being attended to. Ratau said responsibility for serving communities ultimately lay with the municipalities.

The people of Tshwane are gatvol of their water crisis which has seen the city’s water supplies fouled by raw sewerage and left local farmers unable to sell their vegetables at produce markets because they have been irrigated with dirty water.

This blunt assessment was offered by Pretoria bar advocate Hendrik van Staden after the inquiry into the city's ailing water infrastructure.

The family of a nine-year-old boy who drowned in a three-metre deep hole left open by a contractor for three days says negligence was behind his ...
News
1 year ago

The crisis was the result of years of poor maintenance and municipal incompetence which has resulted in raw sewage pouring into the Pienaars River and flowing into Roodeplaat dam, northeast of the city.

“The problem is incompetence,” said Van Staden, who was representing the Rooiwal and Pienaars River communities. “The wrong people have been appointed and there is no political will to remove the incompetence,” he said.

Officials from the DA-run city said the problem had been growing since 2004 when the ANC controlled Tshwane.

The DA had failed to make things better, however, said Van Staden. “The DA was always shouting ‘wolf’ but when they took over the problem got worse,” he said.

SAHRC Gauteng head Buang Jones said the investigation hoped to determine if sewage was affecting supplies of drinking water and whether the water and sanitation department had engaged communities after reports of continuous sewage sludge flowing from the Pienaars River into Roodeplaat Dam.

The DA was always shouting ‘wolf’ but when they took over the problem got worse.

The Tshwane municipality and the water and sanitation department, along with complainants, made oral submissions to the panel.

Van Staden said the ongoing water crisis was affecting the city’s poorer communities and not its wealthy residents. “People who live in certain areas don’t feel anything. They don’t see it, smell it or live next to it.”

The crisis had also affected farmers who were no longer able to sell crops at the Pretoria produce market.

“The area should be the fruit basket of Pretoria,” he said. “But the Pretoria produce market said it would not take the crops because of contamination.”

The farmers could not even water their livestock, he added. Some local farmers had switched to wheat and maize but the yields had been poor.

Van Staden said one foreseeable option was that residents took over the management of the city’s water supply infrastructure as the communities of Viljoenskroon in Free State and Koster in North West had done.

“If they followed the same model and protected the knowledge, it would work in their best interests.”

If they followed the same model and protected the knowledge, it would work in their best interests.

Despite pressure over the years from the SAHRC and courts, government had done little to resolve the water crisis.

Stephens Notoane, the city’s head of utility services, admitted the city had previously been taken to court.

“We have received directives to follow and there have been court processes,” he said in a video clip posted to Twitter by the SABC.

In February 2020, the city cancelled a R291.4m contract to refurbish the Rooiwal wastewater treatment plant after the city claimed the contractors were unable to deliver on the project.

Raw sewage leaking from the ailing wastewater treatment plant had been contaminating the potable water supply to Hammanskraal for almost a decade, according to reports.

In August 2019, reacting to research carried out by the Council for Scientific and Industrial Research (CSIR) which found traces of E. coli in samples declared the water in Hammanskraal unfit for human consumption.

Notaone said at Friday’s SAHRC briefing that the city prided itself on its skilled water and sanitation department.

The crisis was a result of lack of funds, he added.

“This is a money issue.”

#departmentofWaterandSanitation MALULEKE: has conceded that they have been lenient on the #CityofTshwane in applying proper regulations in the ongoing #TshwaneWatercrises. The #SAHRC is not happy #RoodeplaatDam #sabcnews pic.twitter.com/pr83MWTG8e

The annual R500m budget was not enough to overcome the backlog, he added.

The upgrades would include ensuring better compliance with water use licence conditions, improved water quality to consumers and rehabilitating aquatic life in the Apies River and Leeuwkraal Dam.

Tshwane master municipal clerk for utility services Phillip Nel told the panel that it would cost about R9.2bn to fix the city’s water infrastructure.

Justice Maluleke, director of North West province’s water and sanitation department said while there had been “continuous engagements” between the department and Tshwane, the city had not complied with water control standards.

In a video clip on Twitter, Maluleke admitted the department had been “very lenient” with the city.

The new City of Tshwane mayor Randall Williams believes that he has a tough task ahead in stopping the financial hemorrhaging experienced during the ...
News
1 year ago

The City of Tshwane has appointed 34 companies to recoup more than R12bn owed by residential and business customers.
News
1 year ago