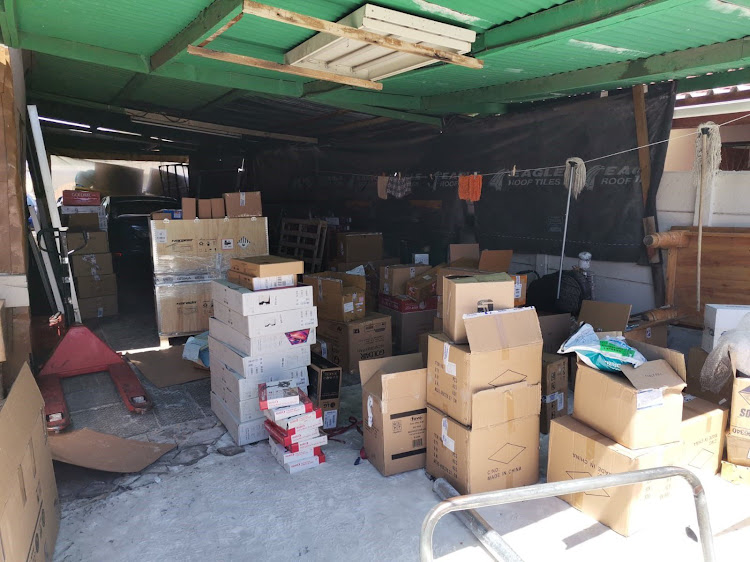 The cargo stolen from a truck that was hijacked in Belville earlier this week was recovered in Eerste Rivier in the Western Cape, police said.

Further investigation resulted in the recovery of the stolen cargo comprising household appliances valued at an estimated R2,5m at different addresses in Eerste Rivier, Traut said.

In a separate incident, officers from Khayelitsha police took to the streets on foot to  conduct a crime prevention operation in the Site B area. Traut said the officers arrested two suspects after they were found in possession of unlicensed firearms and ammunition.

This week police also seized abalone from a drying facility in Brackenfell in Cape Town.

Provincial police said 15,837 dried abalone units weighing 376,3kg with an estimated value of more than R2,7m were found at the facility in Willow Creek.

Two suspects aged between 26 and 36 were arrested and are expected to appear in the Kuilsrivier magistrate’s court on Thursday.

For motorists in Standerton, driving on the potholed streets and roads in and around the Mpumalanga town can be a matter of life and death.
News
1 year ago

Standerton sewage crisis | 'We live in a pigsty'

"The whole of Standerton is rotten with heaps of waste dumps, smelly sewage and we live like pigs."
News
1 year ago
Next Article