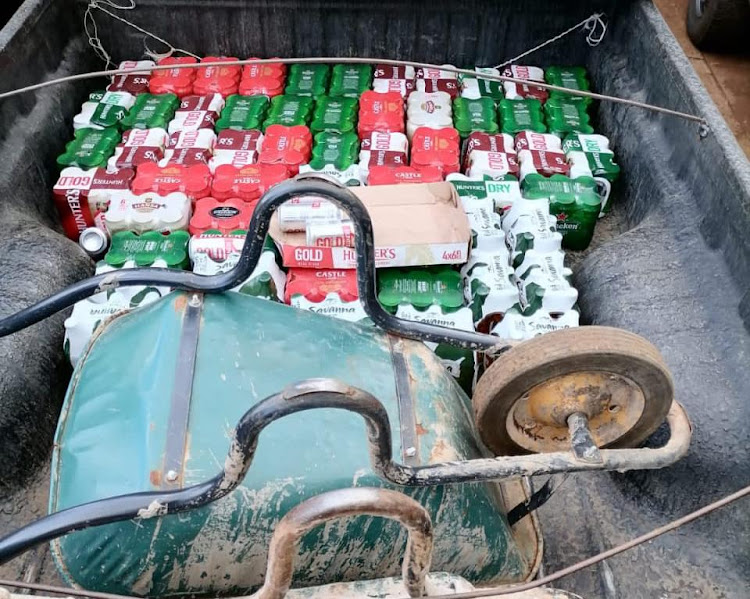 Two men were nabbed with a bakkie full of beer on Sunday.

KZN police spokesperson Capt Nqobile Gwala said the suspects were pulled over by the Zululand district task team on the R66 near the Mkhuze River in northern KZN.

Upon conducting a search, the team discovered liquor inside the vehicle.

According to a statement, the liquor was being moved from Pongola to Mashona and Mahlabathini.

The men, aged 33 and 35, were arrested under the Disaster Management Act.

They were fined R1,000 each and are expected to appear before the Magudu magistrate's court on Monday.

Three weeks after lockdown regulations were promulgated banning the sale of liquor, police in Kimberley arrested a 63-year-old man for selling liquor ...
News
1 year ago

A truck driver was arrested in Durban on Friday for transporting imported beer worth R1.9m in violation of lockdown regulations.
News
1 year ago
Next Article