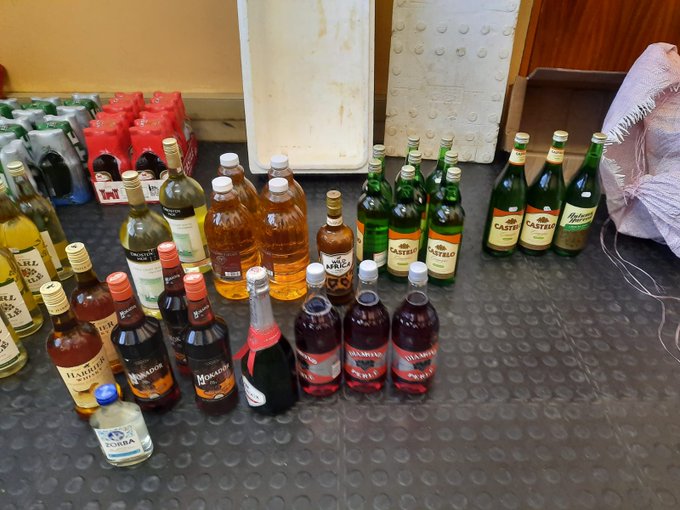 A man was arrested at his house in Kimberley for selling liquor to the public in contravention of lockdown regulations.
Image: SAPS

Three weeks after lockdown regulations were promulgated banning the sale of liquor, police in Kimberley arrested a 63-year-old man for selling alcohol from his house at inflated prices.

Northern Cape police members acted on a tip-off and arrested the man for illegally dealing in liquor and flouting the adjusted level 3 Covid-19 regulations.

Two men kicked down the door of a home in Port Elizabeth in search of liquor, and when none was found, they opened fire.
News
1 year ago

“He had no valid liquor trading licence nor a licence to operate a tavern from his house in Beaconsfield,” said police spokesperson Capt Olebogeng Tawana.

In a separate incident in Phuthanang in Galeshewe, police dispersed a group of people who were found buying and drinking fermented beer.

“People found on the premises were not wearing face masks and were ordered to disperse. The owner was slapped with a fine and the fermented beer was disposed of,” Tawana said.