The weddings were initiated by the late Martha Mgxashe 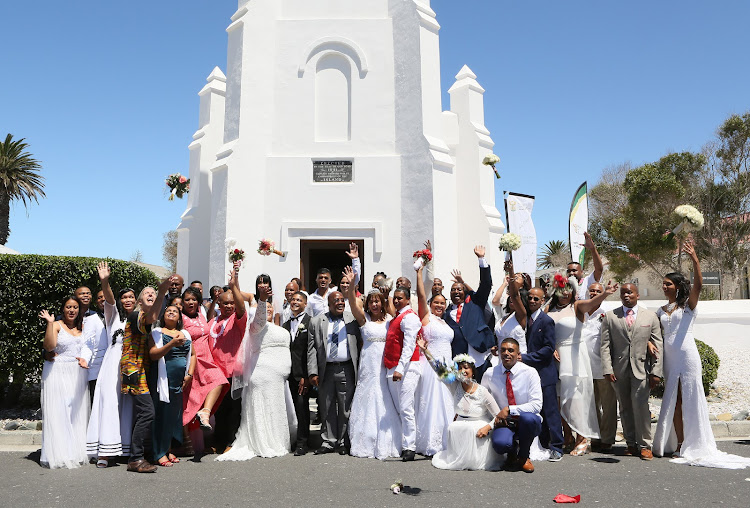 This follows after home affairs minister Aaron Motsoaledi announced the temporary suspension of applications for identity books, passports and marriage services due to the increasing numbers of the department’s staff testing positive for Covid-19.

This year would have marked 21 years of celebrating love on the world-famous island. Last year, 19 couples tied at the knot there.

The weddings were initiated by the late Martha Mgxashe, former regional director in the department, with the first marriage ceremony held on December 31 2000 as part of the millennium celebrations. In 2001, the ceremony was moved to Valentine’s Day to promote the significance of Robben Island with the establishment of democracy.

“RIM and the home affairs department will continue to engage on the possibility of hosting the weddings at a later stage, should conditions allow with the easing of Covd-19 regulations,” RIM said.

The cancellation comes soon after employees  at the museum demanded the world heritage site close immediately in response to what they described as an “alarming increase” in Covid-19 infections among staff.

The disgruntled workers claimed they were not happy with their working conditions.

In response, museum spokesperson Morongoa Ramaboa said management was doing its utmost to adhere to Covid-19 regulations and protect its staff and tourists.

Last week, Cape Town Tourism said although there had been an increase in flights to the country since the borders reopened, global travel restrictions and SA’s own lockdown regulations had a major effect on tourism.

It said RIM recorded a 97% drop in visitor numbers between September and December last year compared to the same period in 2019.

In 2019, 184,532 people visited the island where former president Nelson Mandela and other political activists were held during apartheid.

In 2020, close to 11,000 visitors were recorded between September and December.

Marriages of convenience, which are mostly used by foreigners to gain SA citizenship will become a "dangerous game" to play in future, warns home ...
News
2 years ago