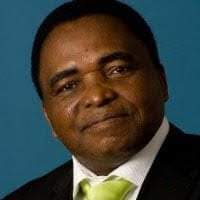 Veteran Ukhozi FM broadcaster Welcome Nzimande was laid to rest in his hometown of Richmond, KZN, on Wednesday.
Image: Supplied

KwaZulu-Natal premier Sihle Zikalala praised late veteran broadcaster Welcome “Bhodloza” Nzimande for using radio as a platform for transformation and giving hope to those who had to endure apartheid.

Zikalala addressed 50 mourners during Nzimande’s special official funeral in Richmond on Wednesday, where he was to be buried.

Flags are being flown at half-mast at provincial government buildings from 6pm on Tuesday to 6pm on Wednesday in the seasoned radio man’s honour.

“As we look back at the life of our beloved hero, there is no doubt that through his work on Ukhozi FM, uBaba uNzimande sought to keep our dreams alive. He was there to help us escape the nightmare of apartheid SA, and the nightmare of being treated as children of a lesser God,” Zikalala told mourners, many who attended virtually.

Nzimande was best known for his broadcasting work with the SABC, where he made his mark as an announcer for the then Radio Zulu in 1978.

After 19 years at the station, he became the station manager of present-day Ukhozi FM, and would occupy the position for 13 years.

He grew the listenership from three million to just under seven million by the time he left in 2010.

Zikalala said Nzimande’s death marked “a major point in the disappearance of a generation of broadcasters who were pioneers of black radio”.

“Dr Nzimande will be forever remembered for his pivotal role in bringing peace and tranquility to Hammarsdale when he brought together ANC and IFP leaders in the area.”

Zikalala said Nzimande also played a key role in the once strife-torn area of Richmond, where he helped in the reconciling the IFP and ANC by uniting leaders there.

Zikalala said the province was humbled by President Cyril Ramaphosa’s decision to grant Nzimande a special provincial funeral as it recognised his contribution to SA.

“Every tribute made and every tear shed this week proves President Ramaphosa was right when a few days ago he bestowed on this giant of our nation the honour of a special provincial official funeral,” he said.

“He did not preach local content but actively championed this cause and demonstrated traditional music is big business.”