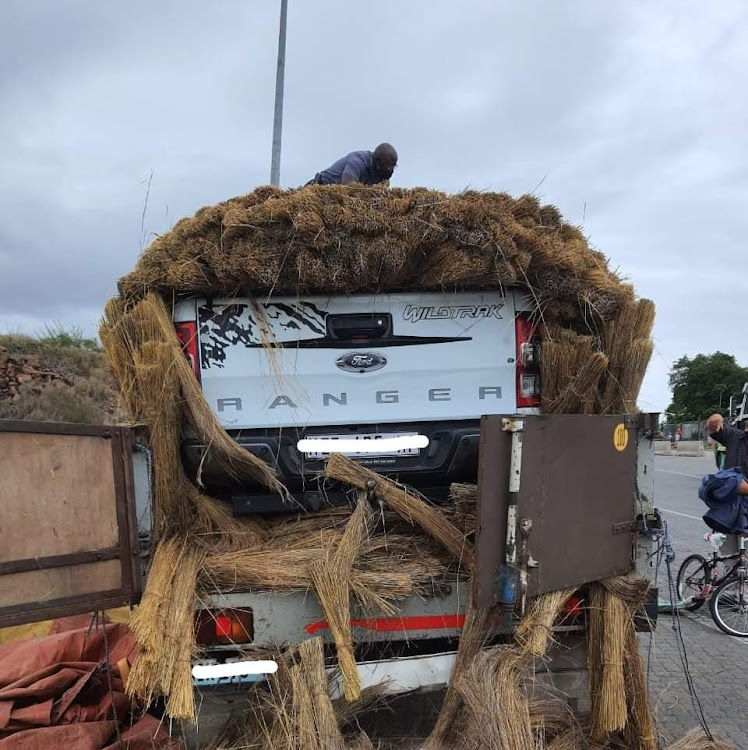 The double-cab bakkie was reported to have been stolen at a garage in Sandton, Johannesburg.
Image: SAPS

Police at the Lebombo border post in Mpumalanga were stunned to find a stolen bakkie concealed underneath a truckload of “traditional brooms” destined to cross the border into Mozambique.

The bust, captured on video on Saturday, has gone viral.

Police spokesperson Col Donald Mdhluli said a manhunt was launched for the driver of the truck who disappeared. The recovered Ford Ranger was reported as stolen in Sandton, Johannesburg, last month.

“Police have launched a manhunt for a suspect following the recovery of a stolen bakkie at the Lebombo port of entry,” said Mdhluli.

“The incident, which was captured on a video, which is going viral on social media platforms, occurred [on Saturday]. It is believed that the driver was intending to cross the border into Mozambique with the stolen car.”

Apparently this Ford Ranger was on its way to Mozambique through Lebombo border gate in Nkomazi, Mpumalanga. pic.twitter.com/IxbVLAVNJA

“The police at the border were busy with their duties when they noticed a suspicious white one-tonner truck with Mozambican registration number plate fully loaded with traditional brooms,” he said.

“The members became concerned and were convinced that there might be something sinister about the truck. The driver was not available and members got information that he had gone to Sars offices to complete certain documents required when crossing the border with goods.”

When police went to look for the driver at the Sars offices he had already given them the slip.

“While removing the traditional brooms, they discovered a white Ford Ranger with false registration number plates. On further [investigation] police found that the vehicle was reported stolen at a garage in Sandton, Gauteng, on November 30 2020.” 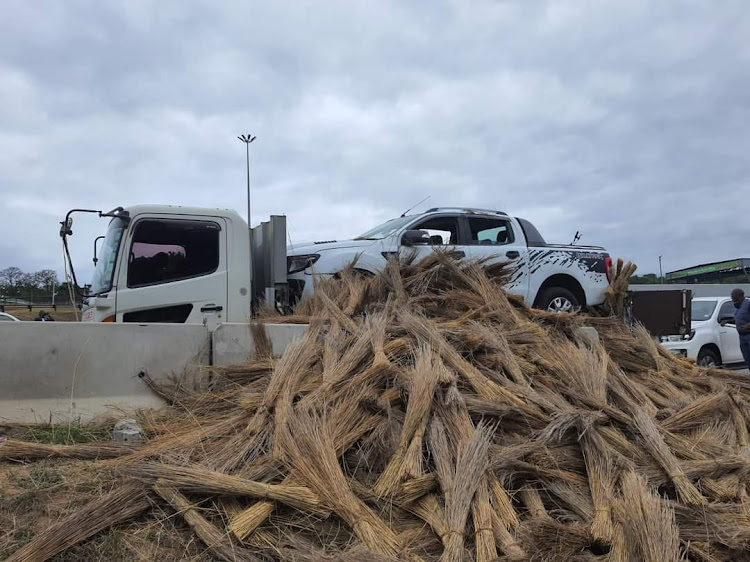 Once the brooms were off-loaded the real cargo could be seen.
Image: SAPS

Mdhluli has urged the public to assist with the investigation.

“In the meantime, anyone with information that can assist police in the investigation should call 013 793 7382 / 013 793 7321 or Crime Stop number on 08600 10111 or send information via My SAPS app which can be downloaded to any smartphone. All information will be treated as confidential and callers may opt to remain anonymous,” he said.