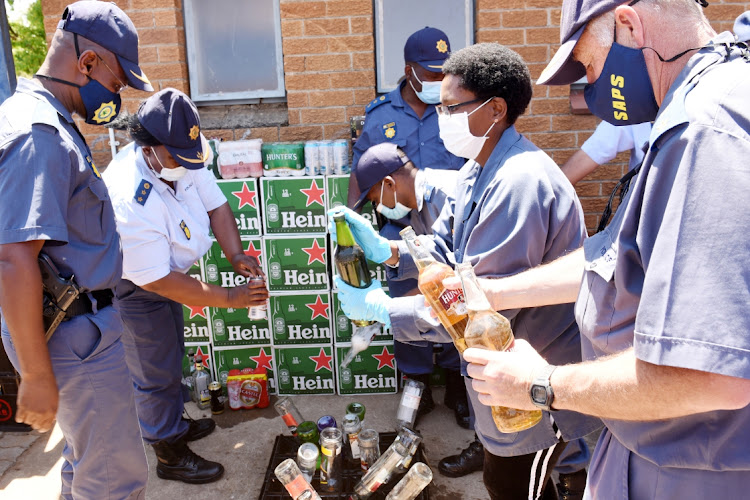 Gauteng police shut down 15 illegal and non-compliant liquor outlets across the province at the weekend.

Police spokesperson Capt Mavela Masondo said most of the outlets were in the northern suburbs of Johannesburg and were shut down during the O Kae Molao operation.

The operation was led by senior management of the SAPS and the various law enforcement agencies.

In Rosebank‚ the owner of a popular liquor outlet was fined for failing to display a liquor licence and for allowing patrons to leave with liquor from the on-consumption outlet‚ Masondo said.

During the operation 1‚050 suspects were arrested across five districts in Gauteng for various crimes.

The owner of a tavern in Vryheid was fined R5,000 for trading after midnight, and eight other KwaZulu-Natal liquor licence holders were charged and ...
News
1 year ago

In the West Rand‚ 158 people were arrested for crimes including possession of an unlicensed firearm‚ possession of ammunition‚ possession of a dangerous weapon‚ assault with intent to cause grievously bodily harm‚ sexual assault‚ rape and attempted murder‚ among other crimes.

Police have arrested 383 suspects in Ekurhuleni‚ 58 in Johannesburg and 56 in Sedibeng for various serious and violent crimes that include robbery‚ car hijacking‚ assault with intent to cause grievous bodily harm‚ rape and murder.