You could be buying a second-hand death trap on wheels, warns Sambra 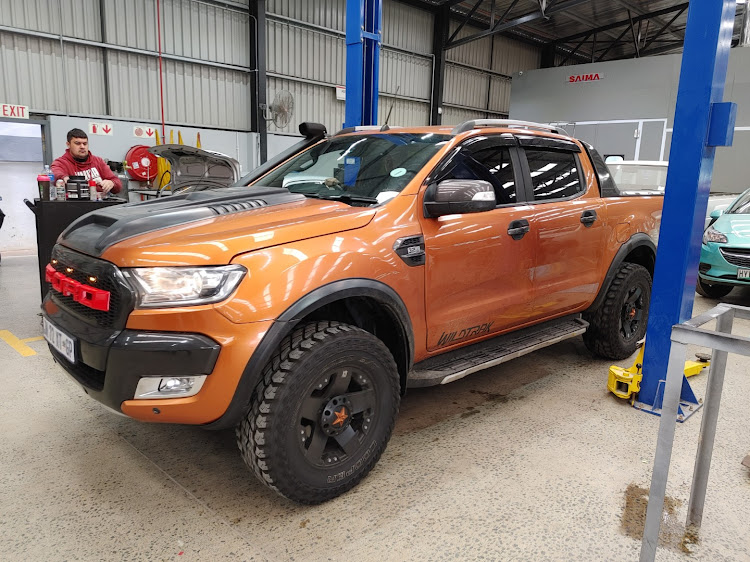 This Ford Ranger was sold to an unwitting customer who had no idea it was previously written off.
Image: Supplied

The South African Motorbody Repairers’ Association (Sambra) has renewed its call for vehicle insurers to make public their register of written-off vehicles, saying it could save lives.

Richard Green, national director of Sambra, says it’s no longer possible for consumers to find out if the second-hand vehicle they are purchasing has been previously written off, meaning they could unwittingly be buying death traps on wheels.

He cited the example of a customer who purchased a second hand Ford Ranger in August from a dealer in Gauteng for R378,000, saying she had no idea it had previously been written off and deemed uneconomical to repair.

“It was only when she went back to East London and her husband wanted to book the car in for a service that they were told by the Ford servicing dealer that there were multiple problems with the car,” says Green.

When the customer took the vehicle to an independent motor body repairer, there were 35 serious faults found, ranging from hydraulic brake lines being secured with cable ties, to multiple structural repair issues on the frame to a front suspension that could break due to heated second-hand suspension parts.

“The net result, a vehicle which is not only very unsafe and dangerous to drive, but one which could cause a very serious road accident,” noted Green, adding that it was a perfect example of why insurers need to release a write-off register which can protect unsuspecting buyers. In the cited case the car was sold to the unsuspecting couple from a Whatsapp video, with a “legitimate” Code 2 (the description for a used car) registration instead of being reclassified as having being rebuilt (Code 3).

The price of petrol will drop 13c/l on December 2, but drivers of diesel vehicles will be hit with a 20c/l increase
News
1 year ago

“We have investigated the matter further and found the vehicle was initially sold in Cape Town in 2017 in Paarden Eiland. It was then written off in October 2019. The vehicle then found its way to Joburg where it was repaired at a second hand car dealership in Johannesburg,” notes Green.

Green says the assessors know the Johannesburg dealer who sold the rebuild. They have visited this same dealer with a similar complaint on another Ford Ranger which was also a very substandard rebuild. In that case the client was advised not to buy the vehicle. 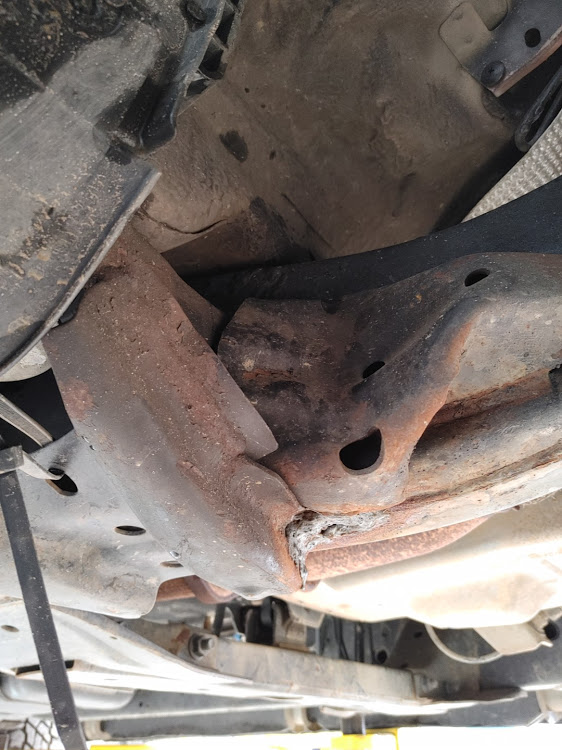 The underside of the vehicle.
Image: Supplied

“It is very concerning that they could see other repairs being done on the same premises, particularly if this is the standard of work being carried out,” says Green.

Insurers routinely write off vehicles and these vehicles are sold, within a salvage contract, to auction yards. While there is nothing wrong with this on face value, says Sambra, the problem comes when these vehicles, still registered as Code 2, are sold to any buyer willing to pay the highest price on auction.

“In many cases these vehicles are bought by dubious repairers and sold back into the system for a good profit via digital sales platforms, unsuspecting used car traders or a ‘partner in crime’ outlet. This is where the system goes awfully wrong, as the unsuspecting buyers often end up with a vehicle that has previously been written off by an insurer – who is unaware of the subsequent sale – and deemed uneconomical to repair. It also has not been reclassified as a code 3 vehicle and the purchaser has no way of checking the history.”

Green says what these unscrupulous players and syndicates are doing is criminal, and the victims are the unsuspecting buyers.

Think the K53 is tough? Check out the world's hardest driving licence tests

China requires you to memorise 1,000 answers, and in Montenegro you have to undergo a psychiatric test to identify potential road rage
News
1 year ago

Arguably, access to this write-off register, otherwise known as the Vehicle Salvage Data (VSD), is the only way potential used car buyers can check that previously written-off vehicles have been repaired to the correct standard, says Green.

The South African Insurance Association (Saia) says it has not made this information available to the public as it contains policyholder information, which is held in strict adherence to the Protection of Personal Information Act.

It argues that the VSD was created to combat crime, and if the database was made public, criminals would have access to it, which would see a dramatic increase in false financing and insurance of cloned vehicle.

Buyers of second-hand vehicles were previously able to use TransUnion’s service to check whether vehicles had been written off, but now they are only able to use a vehicle’s Vin to establish whether the car is the correct model, whether it still has outstanding finance, its mileage and whether it is listed as stolen.​