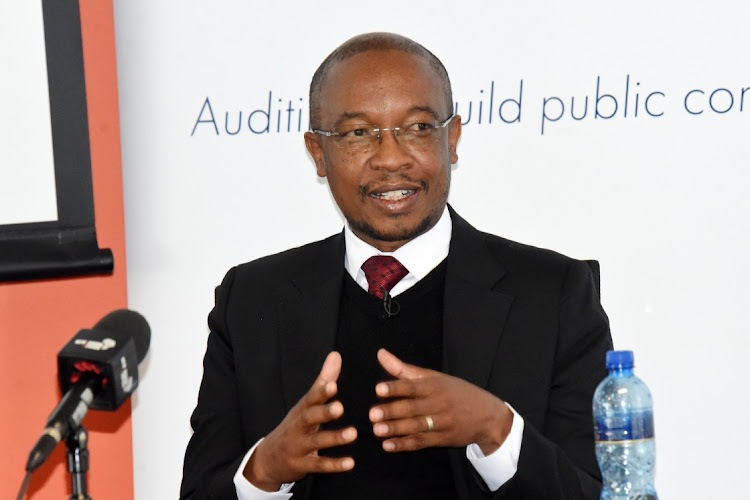 Reliable sources in the ANC and government say Tau could be announced as an MEC when Makhura makes an announcement to replace fired health MEC Bandile Masuku on Wednesday.

Insiders say that five members of the Gauteng provincial legislature have been asked by the ANC to consider resigning to make way for Tau, who is the deputy minister of co-operative governance and traditional affairs and also serves as ANC Gauteng treasurer.

According to sources with intimate knowledge of the situation, Tau is expected to replace erstwhile health MEC Bandile Masuku. Insiders have told TimesLIVE that Thulani Ndlovu and four others have been asked to consider resigning ahead of Wednesday's announcement of the new health MEC.

“Five MPLs have been asked if they will be willing (to resign) not only Thulani,” an ANC insider said. “Yes, it is a consideration but not the only option”.

The insider said discussions were still ongoing, and that Tau would render his resignation as deputy minister as soon as they “finally agree”.

The ANC Youth League in the province has reacted with anger to speculation about Tau’s deployment to the Gauteng government. The league said this was a snub of young leaders.

“The ANCYL in Gauteng has learnt with great shock that the eldership is lobbying a young MPL to resign so he can be replaced by an elder in the legislature.

“The ANCYL in the province worked tirelessly with various ANC branches and fought hard to ensure the few young activists we have in the legislature are nominated. The ANCYL will therefore not sit in silence as the eldership tries to reverse our collective gains ... Young individuals in the legislature will not be turned into sacrificial lambs or gate openers for the recycling of elders. Worse for individuals who presided over the loss of the economic hub of the province,” read the statement released by spokesperson Nkosana Mtolo.

TimesLIVE understands that league leaders had expected its provincial chairman Matome Chiloane to be considered for the MEC post.

Makhura axed Masuku in October over allegations of corruption in the acquisition of Covid-19 personal protective equipment in his department. Though there was no actual corruption that was found in relation to Masuku, it was said that he failed to implement proper oversight of the controversial PPE tenders.

Another insider, however, said Tau was most likely to be appointed to another portfolio and not health, which is being highly contested. Gauteng MEC for Cogta, Lebogang Maile, and MEC for finance, Nomantu Nkomo-Ralehoko, have shown interest in the health portfolio, according to the insider.

“He will probably be taken to finance or economic development because people like Maile and Nomantu want that position [health]. It’s a big portfolio and there’s money,” said a source, who did want to be named.

Makhura and the ANC's top five officials are said to be meeting over Masuku’s replacement.

Gauteng will soon have a new department of health MEC after the ANC in the province mandated premier David Makhura to replace the erstwhile Bandile ...
News
1 year ago

As the list of Gauteng premier David Makhura's cabinet was announced early this morning, many would have been left wondering what happened to Parks ...
News
3 years ago
Next Article