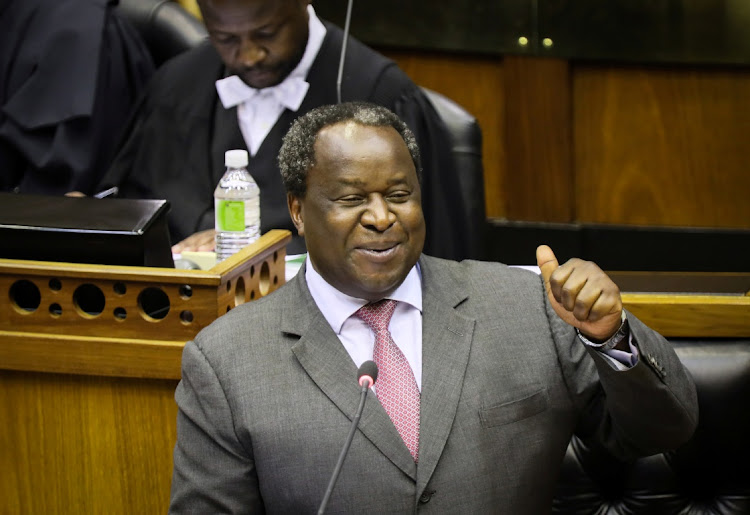 Government is facing a serious challenge of managing the public wage bill in an environment where tax revenue is low.

In the Medium Term Budget Policy Statement (MTBPS) presented before the National Assembly on Wednesday, Treasury raised concerns on the rising public service wage bill which it said since 2008, had risen by 51%.

Treasury said the wage-setting process has become “divorced from the economic reality” that the country is facing. Government proposes that the wage bill increases by 1.8% in the current year and 0.8% over the next three years.

“Government has not implemented the third year of the 2018 wage agreement. Notwithstanding that the matter is before the labour court, government is actively engaging with labour unions to find a solution to a more sustainable cost of employment.  Furthermore, the budget guidelines propose a wage freeze for the next three years,” Treasury said.

As the economy is still facing the Covid-19 pandemic which has forced many businesses to close and people to lose their jobs, tax revenue for the financial year 2020/2021 is expected to drop by R312.8bn.

Finance minister Tito Mboweni tabled his medium-term budget policy statement (MTBPS) on October 28 2020. Many called this particular one a 'balancing act' in light of SA's having to rebuild its economy due to the Covid-19 pandemic. Government spending and debt, SAA rescue plan and the State Capture Commission of Inquiry were just some of the topics covered in his address.

Interest payments on the debt have reached 4.8% of GDP. Government cut salaries of some of the top officials in the public service.

President Cyril Ramaphosa and his deputy David Mabuza took a R83,000 cut combined. Another cut in the salaries of magistrates gave government R107.8m in breathing space. Judges also had their salaries cut, which gave government R73m back.

“At the same time, government will roll out structural reforms such as modernising network industries, reducing barriers to entry, and increasing regional integration and trade. The National Treasury estimates that, in combination, these reforms can raise growth to over 3% over the next 10 years and create more than 1 million jobs,” Treasury said in its budget document.

Government believes that the fiscal measures outlined in the MTBPS will bring the state debt burden under control and move spending from consumption towards investment while improving investment conditions.

According to Treasury, by June 2020, 2.2-million people had lost their jobs, leaving the country with only 14.1-million workers still employed.

In its effort to restart the economy and create new jobs, government raised R200bn in credit guarantee scheme for companies.  In addition, tax relief of R70bn and temporary unemployment relief of R40bn was availed.

By the end of September, R47.4bn had been paid to 10.6-million beneficiaries from over 931,000 employers through the temporary employer/employee relief scheme.

The Reserve Bank has also provided support to households and firms by lowering the main interest rate (the repurchase rate) by 2.75 percentage points since March 2020.

The 2020 supplementary budget comes at a time when the ongoing Covid-19 pandemic is causing widespread disruption in the world's economy and ...
Opinion
1 year ago

No pay hikes for public servants

While the government did offer a revised 4.4% pay increase for some levels of workers, unions say that reneged on a multi-term deal from 2018
News
1 year ago
Next Article