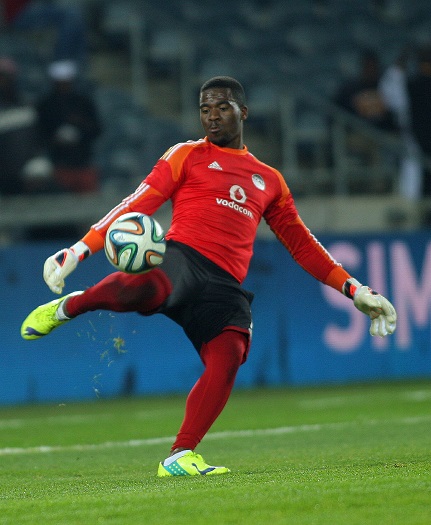 Five people have been arrested in connection with the murder of soccer player Senzo Meyiwa.
Image: Veli Nhlapo

President Cyril Ramaphosa has welcomed the arrest of five people implicated in the 2014 murder of soccer player Senzo Meyiwa.

The police on Monday announced the arrest of the five, which coincidentally fell on the sixth-year anniversary of Meyiwa’s slaying.

“Today is a day on which we revisit the sadness that affected millions of us as South Africans when we lost Senzo Meyiwa in 2014,” Ramaphosa said in a statement issued on Monday.

“But this anniversary is mitigated by the arrest of five suspects who have been unable to escape the reach of the law, regardless of the passage of time.

“We congratulate the police for their hard work and persistence. We must now allow the criminal justice system and the judiciary to do their work and handle this matter to finality.”

Meyiwa, who was a goalkeeper for the national soccer squad, Bafana Bafana, as well as for Orlando Pirates, was gunned down in Vosloorus at the home of his girlfriend, musician Kelly Khumalo.

Present at the time were Khumalo, her mother Ntombi, sister Zandi, Zandi’s boyfriend Longwe Twala, his friends Mthokozisi Twala and Tumelo Madlala, and their son, who was four years old at the time.

In a press briefing held by the police on Monday, police minister Bheki Cele said the arrests were made between 8am and 10am on Monday in Gauteng and KwaZulu-Natal.

The identities of those arrested would possibly be made public at their court appearance at the Boksburg magistrate’s court on Tuesday morning.

Shortly after Meyiwa’s killing in 2014, the police arrested a suspect who later turned out to not be involved in the crime. He has since slapped the police with a lawsuit for wrongful arrest.

The private prosecution unit of the civil rights organisation said it believed the mastermind behind Meyiwa's murder had not yet been arrested.

Police minister Bheki Cele and national commissioner Khehla Sitole will on Monday provide a much-anticipated progress report on developments in the ...
News
1 year ago
Next Article