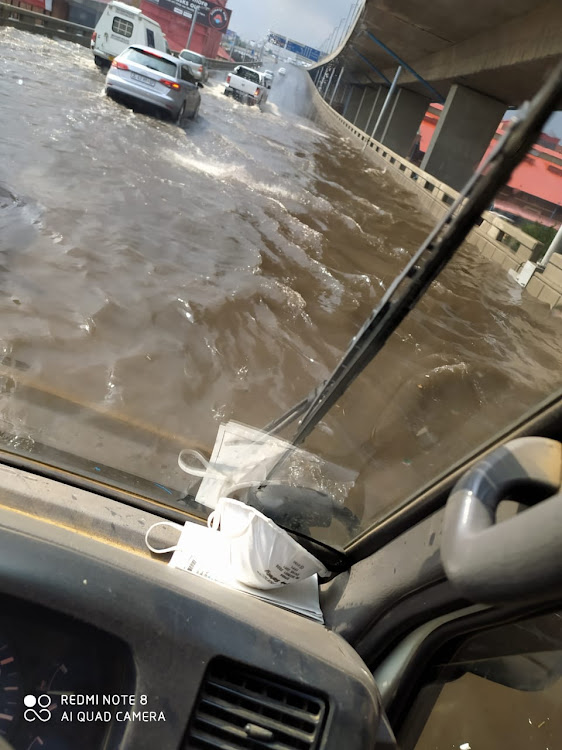 The Johannesburg Metro Police Department (JMPD) urged drivers to exercise extra caution on the roads on Monday as parts of the M1 bridge are flooded.
Image: Supplied

The Johannesburg metro police department (JMPD) urged drivers to exercise extra caution on the roads on Monday as flash flooding hit parts of the city.

“Two traffic lanes are blocked off at the moment on the M1 south and M1 north double decker in Newtown due to flooding on the freeway. Motorists should exercise caution as JMPD officers are monitoring that situation,” he said.

“Klipsruitvalley Road is also flooded in Orlando West, Soweto, between Chris Hani Road and Moroka Nancefield Road. Motorists should drive through Orlando West this afternoon to avoid the flooded area.”

The SA Weather Service also issued an advisory to motorists: Reduced driving visibility this Monday afternoon and evening during peak traffic in Gauteng province due to yellow thunderstorm warning.

Rescuers in Afghanistan continued to search amidst mud and rubble for missing people on Saturday after flash flooding this week killed around 160 ...
News
1 year ago
Next Article