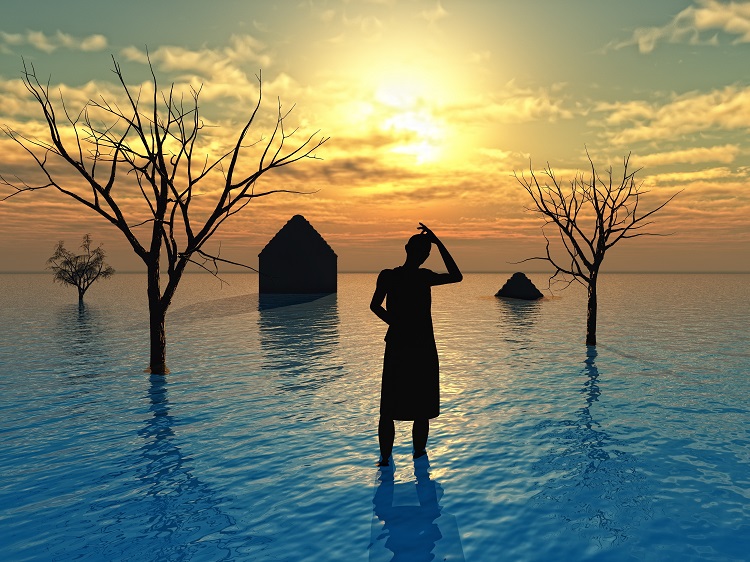 Three months' worth of rain fell on Sept. 5, forcing over 3,200 people to abandon their homes.
Image: sangoiri \ 123RF

Three months' worth of rain fell on Sept. 5, forcing over 3,200 people to abandon their homes in the poor, low-lying outskirts of the capital and nearby region of Thies.

"My children used sand, rocks, whatever was available to stop the water," said Fatou Dioum, whose family of 10 moved to emergency shelter in Dakar's Keur Massar district.

Many stricken residents likened their situation to more widespread floods in 2009 and 2012, crises which the authorities promised would be averted in the future through its 766 billion CFA franc ($1.4 billion) 2012-2022 Flood Management Program.

After the latest deluge critically impacted over 16,700 people, according to figures from the international Red Cross, civil society groups and opposition leaders are now asking what happened to that plan.

"People are having to use boats to get in and out of their homes," said Babacar Ngaraf, president of a group campaigning for better sanitation. "You'd think that after eight years, we'd not be seeing floods this big."

The plans included improving stormwater drainage - a priority in many West African countries, where seasonal floods are proving increasingly destructive due to rapid urbanisation in flood-prone areas and more intense rainfall.

Floods have killed at least 13 people and injured 19 others in Burkina Faso following days of heavy rains across the country, including the capital, ...
News
1 year ago

However, in 2014 a report by the World Bank-managed Global Facility for Disaster Reduction and Recovery expressed concern that over 700 billion CFA francs, or 90%, of Senegal's landmark flood plan had not been funded.

"The government is working to resolve the gap as we go along," the World Bank told Reuters in emailed comments, without detailing the current size of the shortfall.

The president's office did not respond to a request for comment. On Sept. 8, President Macky Sall said the government would soon provide an update on the plan and efforts to source funding for its completion.

Some goals have been achieved. A $73 million stormwater management project, financed mainly by the World Bank, built over 50 kilometres (31 miles) of canals and 21 basins.

This and other measures have protected 167,000 people from flooding, the lender said.

In Dakar's Yeumbeul district, the authorities built a system that drains excess water through a chain of basins. But some areas flooded again this season because of a lack of maintenance, locals said.

"The pump's not worked since 2014," said resident Ismaila Faye, as young children sloshed through water that had spilled into houses bordering a trash-logged swamp.

The World Bank said the government had yet to follow through on a commitment to create a fund to finance the critical work of operating and maintaining drainage infrastructure.

Meanwhile the threat to neighbourhoods like Keur Massar is rising.

Floods in West Africa, partly due to extreme weather events, have increased from fewer than two per year on average before the 1990s to over eight per year during the 2000s, according to a 2018 paper in the Journal of Flood Risk Management.

The authorities must develop a better flood management programme, prioritising the relocation of thousands of households from these highly flood-prone areas, said Oumar Cisse, director of the Dakar-based African Institute of Urban Management.

"In reality, we don't see a well-documented and constructed plan."