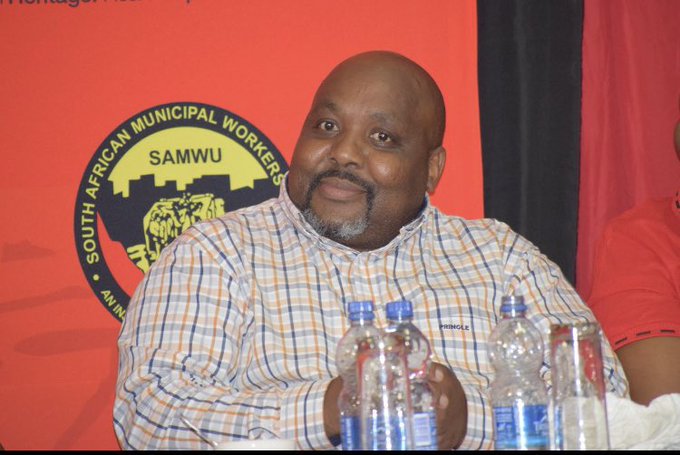 The union said Dlamini, a policeman by training and service, was elected councillor at the borough of Howick municipality, which is now the Umgeni local municipality, in the early 90s.

He also served as the Cosatu deputy provincial chairperson in the province.

In 2012, Dlamini was elected as the Samwu's first deputy president, a position he held until his re-election at the union’s 11th national congress in 2015.

In April 2019, Dlamini was elected the union’s president in Mangaung.

“We lower our banners in honour of Comrade John, we salute him for the dedication, love, passion and commitment that he had for Samwu, its members and workers in general.

“We send our heartfelt condolences to the Dlamini family, friends, colleagues, members and municipal workers in general,” the union said.

It said funeral and memorial service arrangements will be made in consultation with the family and will be communicated in due course.