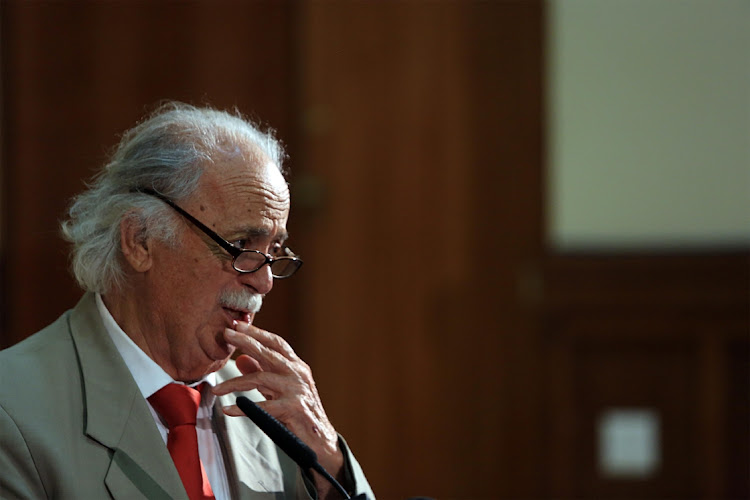 His family said when contacted they are preparing a statement.

“We are immensely saddened by the news of the passing of George Bizos, a towering giant in so many facets of our liberation struggle. Now all the Rivonia trialists are joined by the last member of their legal team. Hamba kahle, Uncle George,” tweeted Balton.

During the height of apartheid, Bizos, a practicing attorney, dedicated his professional career to the fight for human rights.

He represented Walter Sisulu and Nelson Mandela in both the Treason and Rivonia trials.

He also appeared at the Truth and Reconciliation Commission (TRC), representing families of liberation heroes such as Steve Bantu Biko, Chris Hani and the Cradock Four, according to SA History Online.

During the celebration of late anti-apartheid activist Ahmed Kathrada's 89th birthday in 2018, Bizos called on South Africans to espouse the values of non-racialism as enshrined in the constitution that Mandela and the likes of Kathrada had fought for.

"There is even a smaller group of people who say that there are people who are not South Africans but people from outside the country, and this includes certain religions.

"South Africa belongs to all who live in it and we must all support it. Neither you nor I are lesser South African."

Bizos was born in 1927 in and arrived in South Africa in 1941 as a World War II refugee with his father.