Tears and heartache as community gathers for Nateniël Julies memorial 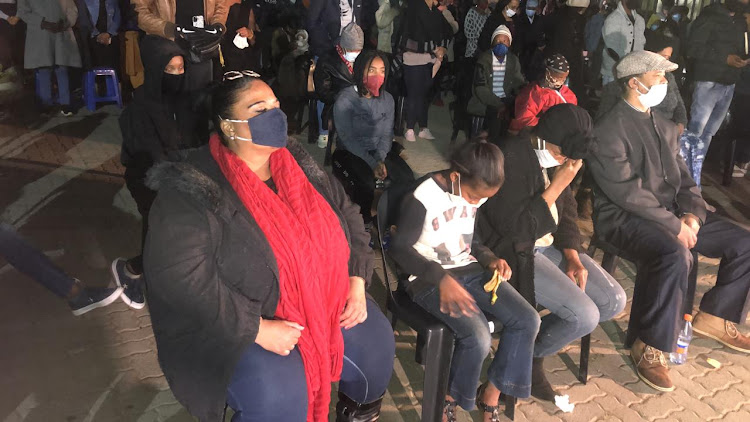 A vigil for Nathaniel Julies near to the spot where he was killed.
Image: ALON SKUY

Just over a week since teenager Nateniël Julies was gunned down, the community of Eldorado Park, south of Johannesburg, gathered to pay tribute to the boy on Thursday night.

Julies, 16, who suffered with Down syndrome, was shot and killed on Wednesday last week.

Three police officers are facing charges of murder relating to his death.

Julies was allegedly gunned down while holding only a packet of biscuits while he danced to the pulsating blue lights cast across Hillbrow Flats by the police van.

His death sparked a wave of protest action that saw the suburb placed on lockdown for two days before the officers linked to the slaying were arrested.

On Thursday night, residents gathered in their droves in the parking lot of the flat, while the sounds of gospel music rose into the night sky.

Just a stone's throw from where Nateniël Julies was gunned down last week, a band plays an instrumental of Tupac Shakur's "The way it is".
"Things will never be the same."@TimesLIVE pic.twitter.com/xrIHeKkrw5

Julies’ relatives are expected to deliver eulogies for the boy, who was affectionately known as “Lokkie”.

This story will be updated throughout the memorial service.

A third police officer arrested in the case of Eldorado Park teen Nateniel Julies has been charged for attempting to conceal the murder.
News
1 year ago

A third police officer was arrested on Tuesday linked to the murder of Nateniël Julies.
News
1 year ago
Next Article