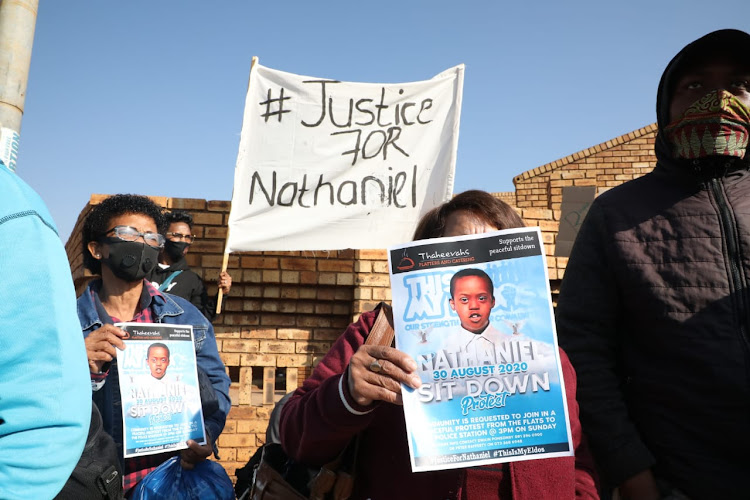 Eldorado Park community members have called for the two officers arrested in relation to the killing of Nateniel Julies not to receive bail.

On Monday, community members protested outside the Protea magistrate’s court in Soweto where two officers who have been arrested in connection with Julies' death will appear.

Community activists Riaan Niewenhuys said it was time for the Eldorado Park residents to witness justice for the sake of the killed teenager.

“What we want to see jointly as a community is justice being served in this case. A heinous crime has been committed. We are calling on the justice system to take an extreme stance to eradicate violence, more especially violence against women and children.

“What happened here, should not happen anywhere else…We don’t want bail to be given to these individuals because they are the very same people that are supposed to be protecting our community,” said Niewenhuys.

Julies, who had Downs syndrome was shot on the night of August 26. He was apparently put on a police van and taken to Chris Hani Baragwanath Hospital.

When his family arrived to see him, they were informed that he was no more.

His death sparked outrage from the Eldorado Park community. On Sunday, they marched to the local police station in protest of the conduct of the officers involved.

The two officers were arrested on Friday and they face charges of murder, being in possession of prohibited ammunition and defeating the ends of justice.