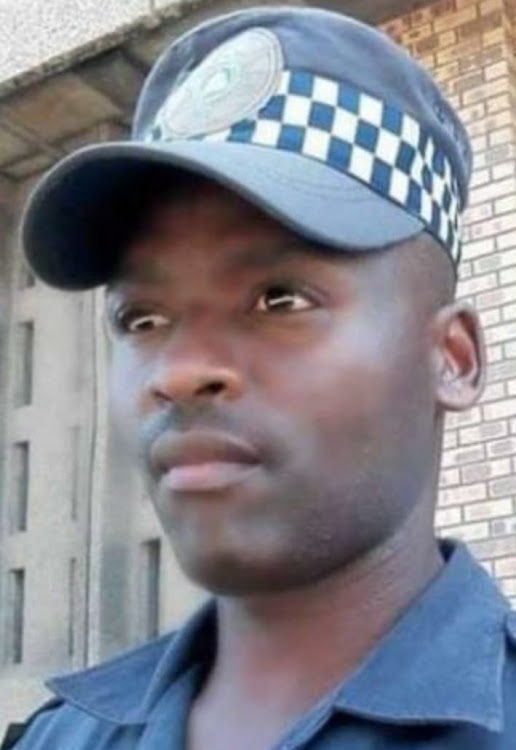 The Hawks are closing in on the man wanted in connection with the death of a Durban metro police officer, Capt Dumisani Zondi, who was fatally stabbed on Wednesday.

“We can confirm  Hawks members from the Durban Serious Organised Crimes unit are investigating a case of murder which happened at Montclair on August 26 2020.

“It is alleged a 42-year-old male was fatally wounded by the suspect. The motive of the killing is unknown. No arrest has been made but Hawks members are hot on the heels of the suspect,” said Hawks spokesperson Capt Simphiwe Mhlongo.

Zondi's family said they were still reeling from his death.

His older brother, Nhlanhla, told TimesLIVE his sibling had been training at a sports field on Wood Road with a friend.

“He was training at a field in Montclair with a friend. While they were sitting outside their cars, cooling off after their training, three ‘pharas’ (a colloquial name for whoonga/nyaope smokers) started verbally assaulting them.”

He alleged that his brother questioned the men about why they were swearing at them.

“He (Zondi) took  a stick from the boot of his car and threatened to hit them, but his friend told him to calm down. As he turned around to put the stick away, they stabbed him. He died at the scene.”

Nhlanhla described his brother as a rock who was the only person in their family who held “decent” employment.

“We were hurt because Dumisani didn’t just support his own family. His neighbours knew if they had a problem they could turn to him. He would support them and give them whatever they needed. If you ask anyone who worked with him they will tell you he was  a good guy.”

Rescue Care spokesperson Rowan Scandroglio said a team responded to the emergency call about the stabbing.

“Rescue Care paramedics arrived on the scene just after 7pm on Wednesday to find a male, believed to be in his 40s, who had sustained a fatal stab wound. Unfortunately there was nothing paramedics could do for him and he was declared deceased on the scene.”

A Male in his forties has been killed in a stabbing incident in the Montclair Park on Wood Road in Montclair just after...

He said his death was a major loss to the entire policing fraternity.

“He was a good cop with so much talent and good ethics. He was young, vibrant and was going to grow within the metro police. He recently arrested two taxi drivers for bullying metro cops in the CBD. He was not afraid to do his job and do it properly,” he said.

Tributes for Zondi flooded social media,  with many describing him as one of the finest examples of a metro cop.

His family said they hope the man responsible for his murder is found “so he can face the music”.

Zondi, who lived in Umlazi P section, leaves behind his wife and two children.

His murder comes after three Tshwane metro police officers were killed when their vehicle was rammed head-on by an alleged drunken driver who was fleeing from other officers last weekend.

On Wednesday, a video of a metro police officer repeatedly being punched by a taxi driver went viral on social media.

The incident took place in Mogale City in Gauteng.

Three men, believed to have committed a house robbery on Tuesday, have been arrested following a shoot-out with police on the M7 highway, south of ...
News
1 year ago
Next Article