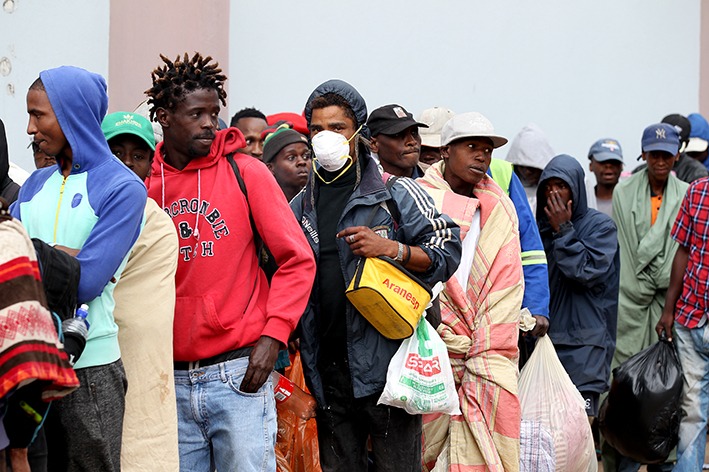 Homeless people in Durban on the first day of the lockdown.
Image: Sandile Ndlovu

Sipho Khuzwayo has roamed free on Durban's streets for 11 years but on Friday fear of Covid-19 drove him to join a line with hundreds of Durban's homeless who sought shelter during the lockdown.

“I don't know much about the virus but I know that I am afraid and that is why I am here,” said Khuzwayo.

From around midnight, the city's homeless lined the streets outside the Durban exhibition centre where they were being screened by health professionals before being moved to seven different venues that will house them during the 21-day lockdown.

“We arrived early this morning and were told to come here and we would be given food. We haven't eaten and some of us need to take medication but we will wait in this line because we want to be safe,” said Khuzwayo.

At the helm of operations is Raymond Perrier, chair of the eThekwini task team on the homeless and also the director of the Denis Hurley Centre, a pro-poor civic body.

“We have about 700-800 people in the queue. Most of them have made their own way here but some have been brought in by metro police. We will process people here. We have social workers, nurses and people from NGOs,” said Perrier.

Chair of the eThekwini task team on homeless and director of the Denis Hurley Centre, Raymond Perrier explains how they will be processing the homeless. #Day1 #21daysLockdownSA #LockdownSA @TimesLIVE @SundayTimesZA @yasantha pic.twitter.com/pSBU9st0Ff

On Thursday, Perrier told SowetanLIVE's sister publication TimesLIVE they would be screening people and assessing their health needs.

“So that we put different sorts of groups together, based on their profile, and then make sure we can support them through that period with food and obviously security. But also, importantly, giving people things to do because bored people become restless and become a problem,” he said. 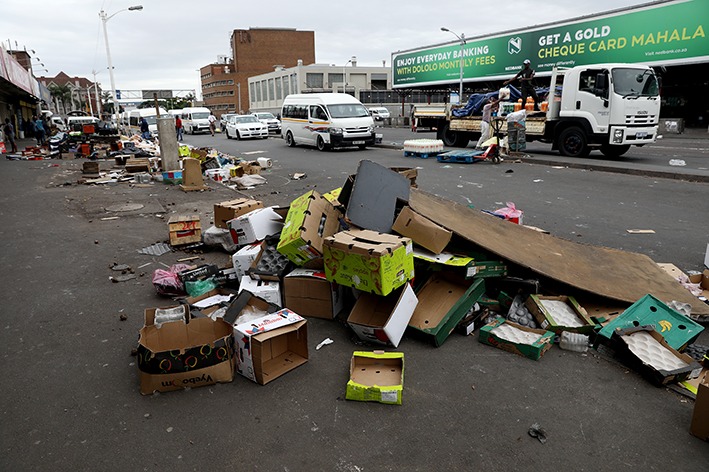 A taxi rank in Durban on the first day of the lockdown.
Image: Sandile Ndlovu

Perrier also said they would be moving the homeless into spaces that allowed for recreation.

Meanwhile, Durban's busiest area, Warwick Junction, which is often packed with street vendors, taxis and commuters, was littered with nothing but garbage and the occasional person trying to get a taxi.

Buhle Samuels hits back after being dragged for 'Covid-19 sarcasm'

Buhle Samuels' attempt at humour during these uncertain Covid-19 times has backfired.
Pic of The Day
2 years ago

At least two cabinet ministers are self-isolating after an official who accompanied them on a trip to DRC two weeks ago has tested positive for ...
News
2 years ago

South Africa records first deaths as a result of Covid-19

South Africa has recorded its first fatalities due to the coronavirus, the health ministry announced on Friday.
News
2 years ago
Next Article