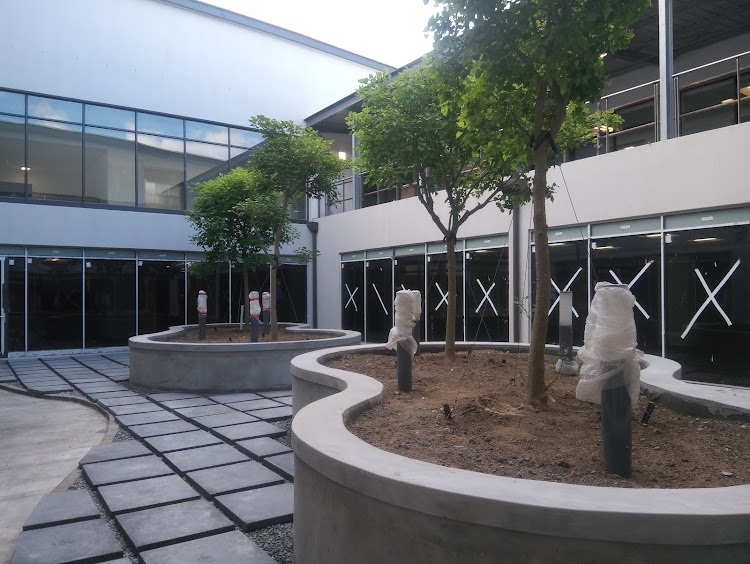 Construction of Cape Town’s new state mortuary, which is to replace the battered Salt River Mortuary, is nearing completion, with only about 10% of the work still to complete.

The Western Cape health department says the R281m Observatory Forensic Pathology Institute is 87% complete and is due for completion midyear, about 10 months after its initial scheduled completion date of October 2019.

The new two-storey building, at the entrance of Groote Schuur hospital, is more than double the size of the existing mortuary and, when complete, will provide level 4 forensic services “aimed at extracting, analysing and preserving the integrity of evidence for use by the criminal justice system”, said the department.

Mark van der Heever, spokesperson for the Western Cape health department, said the mortuary will, however, not deal with Covid-19 deaths, which are considered “natural”. Only unnatural deaths that require autopsies will be dealt with by the new mortuary.

There will be 360 refrigerated body spaces, 180 admission fridges and 180 dispatch fridges. In addition, the building will be able to accommodate up to 100 visitors to the bereavement centre per day, including undertakers and students. It is also designed to enable better integration of forensic pathology services, the National Health Laboratory Service and academic staff from the University of Cape Town.

With the Western Cape carrying the highest burden of fatal Covid-19 cases, the City of Cape Town has been preparing for “an increased demand in ...
News
2 years ago

Western Cape Health MEC Nomafrench Mbombo said the existing Salt River mortuary is “overburdened and not able to meet the needs of the Western Cape people”. She said the 10,400 square metre lab “will support the University of Cape Town’s academic training field, enhance service delivery and bring dignity to our people”.

“Although various contractual delays were experienced and resulted in revision to the practical completion date, good progress has been made,” said the department.

“The two-story building is closed up and external windows, shop fronts, doors and the roof is completed. Current construction activities under way include the installation of electrical and mechanical services; internal finishes; and construction of parking areas and external landscaping.”

The mortuary is distinctively divided into three work areas, that is the wet area, transitional area and the dry area. “These areas will be access-controlled and individuals will only be able to enter if they meet the requirements. This will enable the functional aspects of the building to be clean and safe for staff and the public.”

The department said the design of the new mortuary has given consideration for family with a separate entrance and exit for visitors to the bereavement centre. “Families will not exit the building through the same entrance point. They will exit the building and go through a reflection garden. A separate entrance is also provided for staff, students, undertakers and SAPS to ensure safety, security, privacy and dignity.”

We are already overwhelmed by Covid-19: WC health care workers

Bodies are piling up in a small room that doubles as a makeshift mortuary in one of Cape Town’s district hospitals said an emergency nurse working ...
News
2 years ago
Next Article