Daveyton in shock as bodies pile up 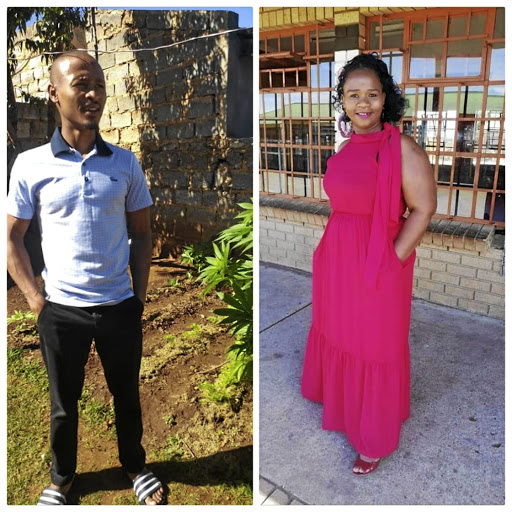 Jefferson Johnson and his mother Noqayisa Tshwane of Vosloorus were found murdered near Daveyton, where they had travelled to pick up their truck from a mechanic.
Image: SUPPLIED

Bodies continue piling up in the Daveyton policing area on the East Rand, with six people found dead in one week.

Police spokesperson Sgt Raider Ubusi said the latest body to be found was of a woman whose face was burnt beyond recognition.

The body was found near the Mayfield Mall on Friday.

On the same day, a woman allegedly stabbed her lover to death and left his body in a shack in Mayfield Extension 24. She fled and police are still looking for her.

Last Sunday, residents found the bodies of a man and a woman. They have since been identified as a mother and her son. They had stab wounds and were dumped in the bushes near Gabon informal settlement.

Noqayisa Tshwane, 50, and her son Jefferson Johnson, 28, from Vosloorus, left home on June 14, saying they were going to meet a mechanic who was fixing Tshwane's truck in Daveyton.

Tshwane's daughter Noeleen said the mechanic, who had been keeping the truck for nearly a year, had called her mother, saying she must come and fetch it.

Gauteng police are investigating at least three cases of murder on the East Rand this week.
News
1 year ago

"He had given her a runaround for months..." she said. Noeleen said they posted pictures on social media, pleading for help in finding their relatives.

"Instead, we got a call from police and shockingly found out that they were murdered."

Noeleen said her mother and brother were the only people who had the mechanic's contact numbers.

Tshwane's other son Ntlonelo said they needed answers for the deaths.

"We are still very pained and confused because we don't know why they were killed. We just found ourselves having to go identify their bodies in the mortuary. We cannot find closure."

He said the two will be buried in the Eastern Cape.

The community is still reeling in shock after the discovery of the body of a woman with a burnt face.

Resident Vuyisile Saule said they were woken up by a screaming passer-by who discovered the body while going to work around 5am on Friday.

"I have never seen such cruelty. Her body was dumped right on the pavement. No-one heard anything. Her upper body had been burnt beyond recognition, with the leftovers of her burnt clothes on top of her chest."

Brakpan man arrested for murder of his mother remanded in custody

The Brakpan man accused of killing his 79-year-old mother and shoving her body into a drum of cement has been remanded in custody after his bail ...
News
1 year ago

Saule said she suspected the woman may have been raped because her torn panties were placed on top of her body.

Another resident, Thembi Molefe, said: "There were pieces of boxes and plastic on her chest that were used to burn her; it showed she was not killed there. Her jacket and sneakers were also burnt as if the person burning them wanted to destroy her face and belongings so she would not be identified."

"We are concerned with the killings and the continued dumping of bodies in our area. We have discovered that some of these killings don't happen in our area."

Last week, Sowetan reported about two women found murdered and their bodies stuffed under their boyfriend's beds in different areas. The first body was that of Silindile Ndlovu who was murdered allegedly by her live-in lover following an argument.

Her body was wrapped in a blanket and hidden under the bed. It was found by the man's friends after they suspected foul play when they did not see her around all day.

On the same day, police found a decomposing body of a woman wrapped in plastic and a blanket under a bed in her lover's home at Gabon informal settlement. Neighbours noticed a bad smell coming from the house and confronted the man.

A domestic worker who allegedly abused a physically challenged child between 2017 and 2018 has been detained after the boy's mother reopened the case.
News
1 year ago
Next Article