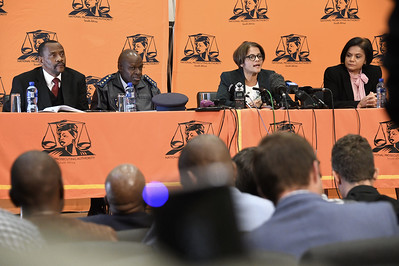 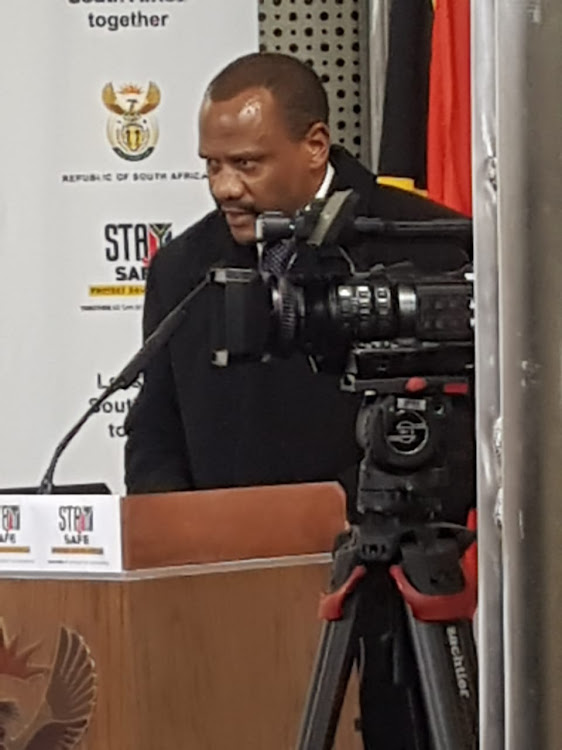 National Head of the Directorate for Priority Crime Investigation, Lt Gen Godfrey Lebeya, addressing a briefing on the Venda Building Society after eight arrests during simultaneous operations in Gauteng and Limpopo.
Image: SAPS via Twitter

The National head of the Directorate for Priority Crime Investigation (DPCI) says eight men have been arrested in connection with allegations of looting at VBS mutual bank.

Lieutenant General Godfrey Lebeya, the head of the DPCI, made this revelation during a media briefing on Wednesday.

He said warrants of arrest had been made for all suspects.

The eighth suspect, he said, had contracted Covid-19 and was in isolation.

"The suspects will appear in court at the Palm Ridge magistrate's court on Thursday,” said Lebeya.

“The scam was hatched in July 2017 when the board of directors approved financial statements, making VBS look richer while it was insolvent.”

The DPCI received the investigation in 2018. It put together a team of 15 investigators.

National Director of Prosecutions head Shamila Batohi commended the team on the investigation.

“We are pleased and commend the advances made by the team. We all know a lot of work lies ahead.

“The team has to be meticulous. We have to do this to ensure justice does prevail and the rule of law prevails as well.

“We owe it to the people of Limpopo who lost their hard-earned savings. It is our duty to the direct victims of corruption in the matter. We can only turn the tide against corruption if those implicated are arrested.”

She urged the public to be patient as investigations needed took time.

“Investigations need time and patience. I feel and share the impatience of the public. The wheels of justice are turning and justice will prevail.”

Several senior officials linked to the R2bn looting of VBS Mutual Bank were arrested in a raid on Wednesday morning.
News
1 year ago
Next Article