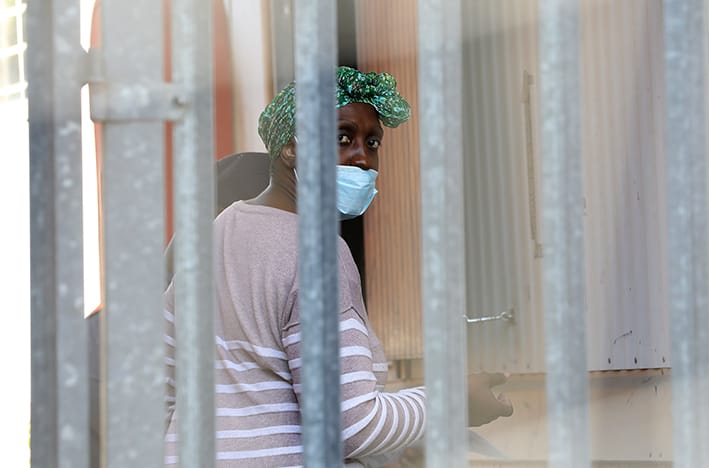 Fungai Nyamadzawo, mother of six-year-old Alexia, made her third appearance in the Umhlali magistrate's court on Wednesday.
Image: Sandile Ndlovu

The office of the KwaZulu-Natal director of public prosecutions is to determine whether the criminal capacity of Fungai Nyamadzawo — accused of the kidnapping and murder of her six-year-old daughter Alexia — will need to be assessed.

The 42-year-old mother, also accused of defeating the ends of justice after she allegedly told police that her daughter had been snatched from the back seat of her car while she was driving in the area with her two children, briefly appeared in the Umhlali magistrate’s court on Wednesday.

Prosecutor Sanesh Rambaran said he had received medical records in respect of Nyamadzawo, whose mental state had been brought into question by her attorney Rakesh Maharaj during her previous appearance.

Rambaran submitted three medical reports to magistrate Blanche van Eeden, two of which were compiled by general practitioners and the other by a psychologist.

Van Eeden asked Maharaj if he had seen his client's records, because they showed “nothing wrong with her, no agitation or anything”.  Maharaj quickly clarified that the reports had been compiled before his client was arrested — one as early as March this year — and that new assessments would need to be garnered.

Van Eeden adjourned the matter to June 23 for the DPP's officer to make a decision regarding Nyamadzawo's assessment.

She is to remain in custody at KwaDukuza police station holding cells.

Nyamadzawo was taken in for questioning by police on June 1 and the next day her daughter's body was found dumped in a sugar cane field in the area, prompting the mother's arrest.

The state remains opposed to bail in the matter.

The criminal capacity of the mother of six-year-old Alexia Nyamadzawo, who stands accused of her kidnapping and murder, is to be evaluated after her ...
News
1 year ago

As we commemorate national child protection week, in today's edition we are sadly reporting about two children who were brutally murdered.
Opinion
1 year ago
Next Article