'I have no ambition to go into public office at this stage': Thuli Madonsela 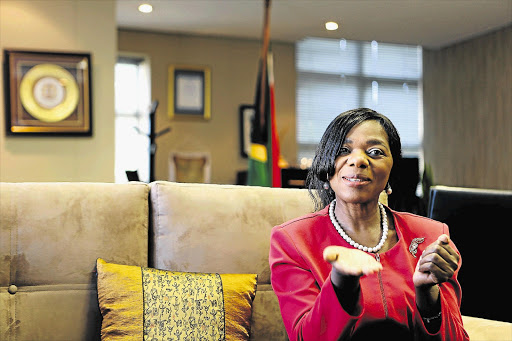 Former public protector Thuli Madonsela, who has been touted on social media as a possible independent candidate for parliament, says she's not interested in the job — at least for now.

Speaking to the Sunday Times after a Constitutional Court judgment that ordered parliament to amend the Electoral Act to allow independent citizens to run for general elections outside the party political lists, Madonsela said the ruling would help eliminate the arrogance of political leaders.

She also said it presented parliament with the opportunity to implement the recommendations of the Van Zyl Slabbert commission report, which has been gathering dust for 17 years.

“I have no ambition to go into public office at this stage. I believe there are enough leaders, particularly among young people, to deliver on the constitutional promise, particularly on democratic governance, social justice and the rule of law.

“I see the judgment as narrowing the space for the arrogance that comes with political monopoly. I also see it igniting interest and passion for democracy leadership and literacy among young people, knowing that they can make a difference through entering politics as independent candidates if necessary.

A webinar by former public protector Thuli Madonsela was interrupted by explicit adult content from an unknown participant on Thursday.
News
2 years ago

SA Federation of Trade Unions (Saftu) general secretary Zwelinzima Vavi said he was still applying his mind whether to stand or not as an independent candidate in 2024.

Vavi said he welcomed the judgment because it was simply irrational to allow independent candidates to run for municipal elections but not national and provincial polls.

He said the current party system stifled frank debates within parties and allowed factions to thrive and sideline competent candidates from serving the country.

Former Gauteng premier and Congress of the People (COPE) leader Mbhazima Shilowa said he was not interested in re-entering active electoral politics.

Thuli Madonsela on lockdown judgment: 'I’d be surprised if it survives scrutiny of a higher court'

Shilowa, who is over 60 years old, said it was now the turn of younger people to take over.

The politician, who is also a former Cosatu leader, said parliament had no choice but to allow for a hybrid electoral system allowing for a mix between a constituency-based system and the PR system.

“There is no other way to do it, without constituencies you cannot have PR (proportional representation) for individual members who stand just for themselves.

“Then the next thing that will have to be included in the new law is the right of recall because part of the problem that makes people grumble a lot about the current electoral system is that you have no right to remove a member of parliament that you think does not represent your interests.

“So a party can put someone who has been found guilty of theft and corruption but we have no way of saying such a person must be removed.

“I think the IEC [electoral commission] will also have to make sure that registration money needed for contesting for a constituency at provincial and national is not prohibitive.”