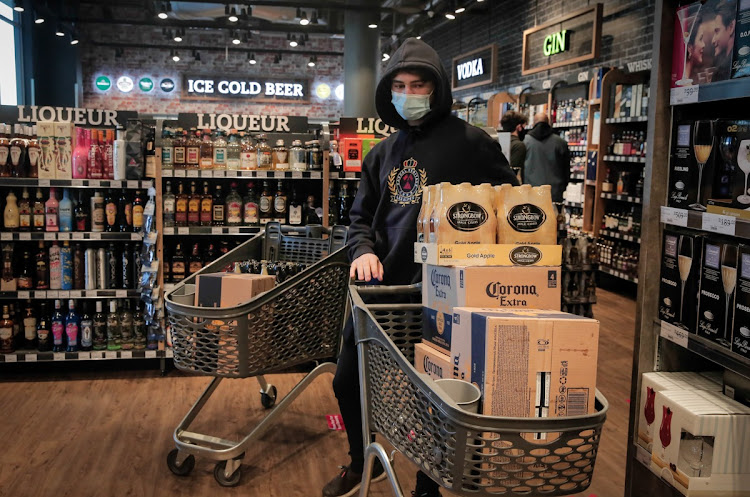 People stock up on booze at the Pick n Pay On Nicol bottle store in Johannesburg as the country entered level 3 of the lockdown.
Image: Sebabatso Mosamo

Thirsty South Africans wasted no time in heading to queues to quench their thirst for alcohol on the morning of June 1 ahead of bottle stores reopening after the lockdown prohibition.

As thousands of customers lined up at stores across the country to get their hands on alcohol, research and analytics company Lightstone said the data confirmed South Africans' behaviour had changed.

Using aggregated and anonymised Tracker data, the company looked at the patterns of behaviour of vehicles travelling to retail destinations to see whether there was a significant surge in the number of people going to bottle stores.

Gisela Kruger of Lightstone said the picture was a bit muddied by the fact that retail activity was generally higher at the beginning of the month as most people had received their salaries, and on this particular start to the month additional stores were allowed to operate because of eased level 3 lockdown restrictions.

“The data confirms that on Monday June 1, SA did indeed behave differently to the Monday of the week before, month before and three months before,” said Kruger.

“When looking only at the centres which had the biggest recovery of ‘back to normal retail patterns’, the liquor chains present in those centres were most often a Tops, followed by a Pick n Pay liquor,” said Kruger.

Analysis of the data, which only identified trips to shopping centres, showed that out of almost 1,000 shopping centres that offered a liquor outlet, 165 had more visitors on June 1 than on March 2 - an equivalent date pre-lockdown - and compared to month-end in February.

“Shopping centres with a Tops and/or ‘Blue Bottles’ store were on average at 70% of their normal pre-lockdown visits during the last week of May, yet up to 85% of their normal activity on June 1.

Liquor City Jan Smuts in Craighall recorded the biggest recovery on June 1 with 500%.

Eastern Cape premier Oscar Mabuyane has called for the resumption of a ban on alcohol sales in the province.
Opinion
2 years ago

The Eastern Cape government wants the national command council to consider banning the sale of alcohol in the province.
News
2 years ago
Next Article