Return of liquor sales a nightmare for hospital staff 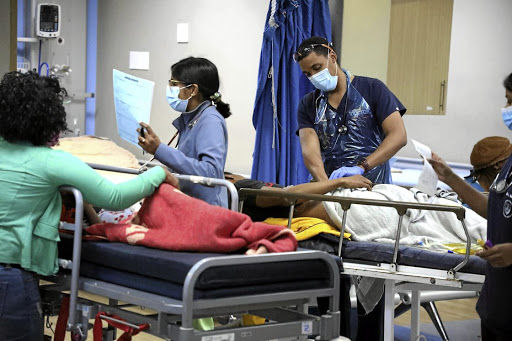 The first week of the unbanning of alcohol sales has seen a substantial increase in the number of patients in trauma units.

Chris Hani Baragwanath Academic (Bara), Tembisa and Sebokeng hospitals in Gauteng as well as Pelonomi Academic Hospital in Bloemfontein have been some of the worst hit.

In the past week, these hospitals have been treating a number of patients with alcohol-related injuries for the first time in two months since the lockdown began in March.

The government lifted the ban on June 1 when alert level 3 kicked in, allowing for alcohol to be sold Monday to Thursday, from 9am to 5pm. It is only for consumption in your home.

On the first day of the unbanning of alcohol, Bara in Diepkloof, Soweto, had 117 trauma patients in its emergency wards. These patients had injuries ranging from gunshot wounds, stabbings, motor vehicle accidents, falls and assaults.

Tembisa Hospital however topped with 227 cases, Sebokeng Hospital in the Vaal coming a distant third with 95 trauma patients, while Pelonomi admitted 75.

According to the statistics by the Gauteng health department, the absence of liquor sales during lockdown saved the day for trauma unit staff.

Alcohol is a legal recreational beverage you cannot wish away

Reports that hospitals were admitting more patients in trauma units have put a damper on the euphoria generated by the lifting of the ban on alcohol ...
Opinion
1 year ago

Bara CEO Dr Nkele Lesia said she was concerned about the increasing numbers, but said they spoke more about a need for a change in behaviour instead of the government stepping in to limit the sale of alcohol.

"The numbers are definitely increasing, as I said previously, the 31st of May we saw about 66 in total trauma patients, but the 1st of June, within 24 hours after alcohol became available, we saw the numbers picking up, with the number almost doubling," Lesia said.

"As the [health] minister [Dr Zweli Mkhize] has said, we all need to change our behaviour; it's not about really the government not making alcohol available, it's about us, how we use alcohol."

Free State health MEC Montseng Tsiu said the liquor risked reversing the gains they have achieved since the lockdown was declared in March.

She said that they have seen a surge in trauma cases and were also expecting an increase in the number of positive Covid-19 cases from people who queue to buy alcohol.

"During [alcohol ban] in the lockdown period, we had a low number of people that came for trauma cases," Tsiu said.

"Even the accidents were very low, but now they have started drinking.

"In Mangaung, like in other cities, people were happy and they were busy going up and down buying liquor and we are expecting the surge [in coronavirus cases] again, It's really a pity.

"It might undo the work that we have done," Tsiu said.

She said that people were sneaking in their friends into their homes in order to have parties and drinking sessions.

Monday’s lifting of the lockdown booze ban was like heaven on earth of for retailers and bottle store traders with tipplers pushing sales to “Black ...
News
1 year ago

In the Eastern Cape, a group of young people were arrested for hosting a house party - now an illegal activity - in an area of King Williams Town.

Tsiu said: "The issue of liquor is really going to give us a problem because if people are drunk obviously they'll go out and do stuff and end up getting infected."

A nurse at Charlotte Maxeke Johannesburg Academic Hospital, who asked not to be named, said the last week was "hell" for them.

"We have had to work double shifts and over time after a very long time. Cases on stabbings and assault have flooded the hospital and its concerning," she said.

The surgical ward at Far East Rand Hospital in Springs was packed on Friday afternoon when Sowetan visited.

A nurse there said the male section was more full with most patients in for stab wounds. - Additional reporting Promise Marupeng