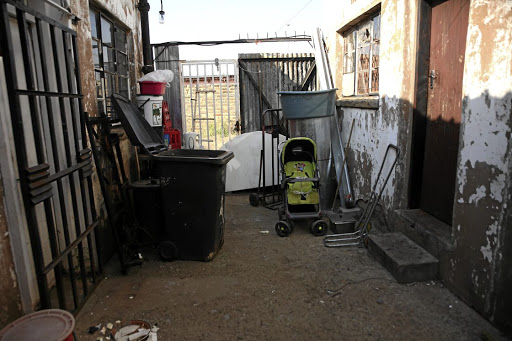 Outside the room where Makhosazana Shabani lived with the deceased, Isaac Mathebela, her boyfriend of five years. / KABELO MOKOENA

A woman has appeared in court for allegedly stabbing her lover to death following an argument while they were both reportedly drunk.

Makhosazana Shabani, 42, appeared in the Protea magistrate's court on Friday on a charge of murder.

Mathebela was never taken to hospital and died on a bed soaked with blood in their rented room in Jabulani, Soweto, on Wednesday.

Shabani's brother Khulekani Shabani said the couple got into a fight after he and two of his friends dropped off Shabani at the rented room on Monday night.

"From what I heard, Isaac was upset because Makhosi jumped out of a vehicle with three men inside.

Return of liquor sales a nightmare for hospital staff

The first week of the unbanning of alcohol sales has seen a substantial increase in the number of patients in trauma units.
News
1 year ago

"He didn't know that I was in the vehicle and he accused my sister of cheating on him," he said.

"Their neighbour said they started fighting as soon as they entered the room," he said.

He said the neighbour told them that she did not go check what was happening.

Khulekani said he had been drinking alcohol with the couple at their family home in Zola earlier in the day and that Mathebela was intoxicated when they dropped off his sister and he went home.

"They fought and Makhosi apparently threw plates at him.

"They called me the next morning and I rushed to their place to find blood all over their room.

"Their bed was soaked with blood and Isaac had a huge gash on his forehead.

"There were broken plates all over and the place was a mess," he said.

He said Mathebela told him not to worry because the couple had resolved their issues.

"I told him that he needed medical attention but he said he would be fine as long as my sister was there with him. My sister also advised him to go to the hospital because he had bled a lot," Khulekani said.

He said he was shocked when he was called by a neighbour the following day to say that Mathebela was dead.

Police said they were still tracing Mathebela's family. They are believed to be in Mozambique.

Monday’s lifting of the lockdown booze ban was like heaven on earth of for retailers and bottle store traders with tipplers pushing sales to “Black ...
News
1 year ago

Masondo said he did not have her next court appearance date as police were still waiting for the docket to be sent to them from court.

This was not the only alcohol-related killing last week.

Veli Mahlangu, 40, was allegedly stabbed by his 31-year-old girlfriend numerous times over mealie meal and beer money in KwaThema, on the East Rand, on Wednesday.

He died at the scene.

The woman had allegedly bitterly complained that the maize meal had left little money for them to buy beer.

She has been arrested and charged with murder.