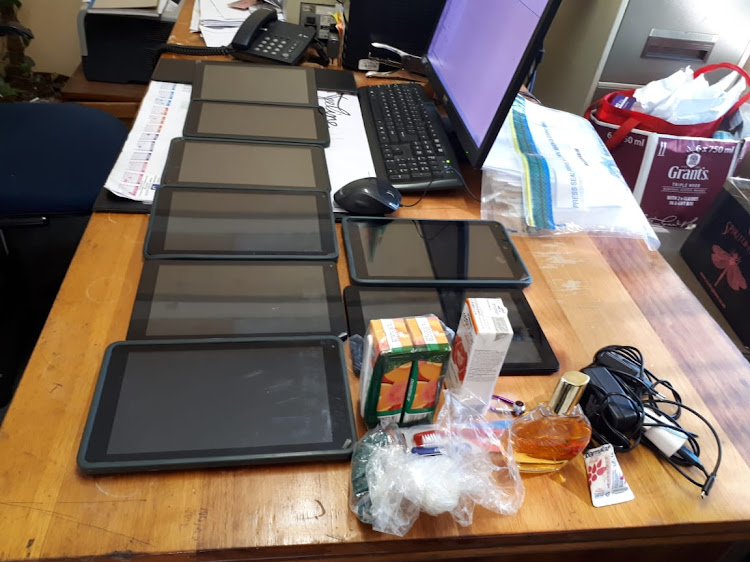 Two teenagers have been arrested for allegedly stealing computer tablets and other items from a school north of Durban.
Image: Supplied

Two teenagers have been taken in by police after allegedly stealing 10 computer tablets and groceries from a school in Cornubia, north of Durban.

Police spokesperson Col Thembeka Mbele said police had been searching for the two after a school was burgled between March and May.

"Entry was gained through a window which was forced open. Ten tablets, school groceries and other items were stolen. Suspects aged 15 and 16 were traced and arrested in the Cornubia area after an intensive investigation.

"Eight tablets, three  cellphone chargers and other items were recovered from the suspects who will be profiled to check if they are linked to other burglaries in Verulam and surrounding areas."

Mbele said the teens were expected to appear in court on Friday on charges of burglary.

Provincial commissioner Lt-Gen Khombinkosi Jula said it was "disturbing to learn that most of the suspects involved in burglaries at schools are juveniles".

KwaZulu-Natal education MEC Kwazi Mshengu says the continued burning and burgling of schools in the province is part of a ploy to get the government ...
News
2 years ago

While there have been reports of liquor stores and food stores being vandalised during the coronavirus lockdown, it seems schools are the hardest hit.
News
2 years ago
Next Article