Planned arson suspected as another school is burnt 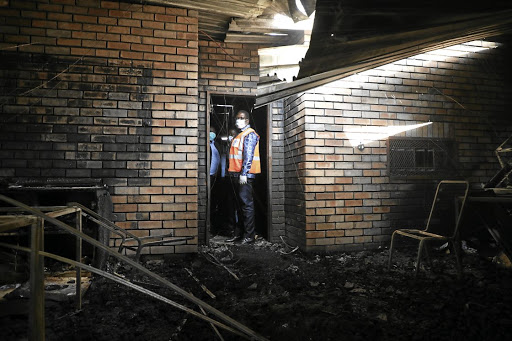 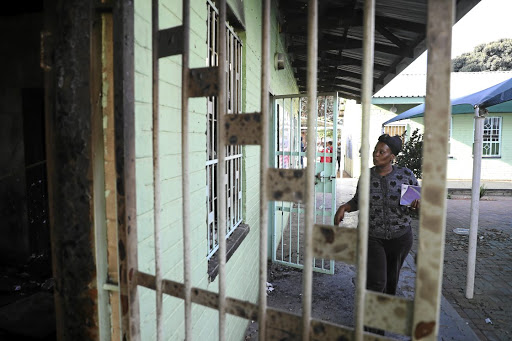 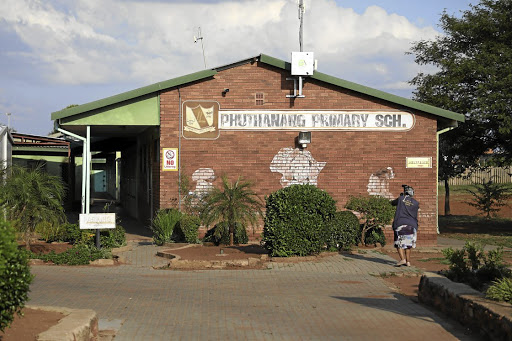 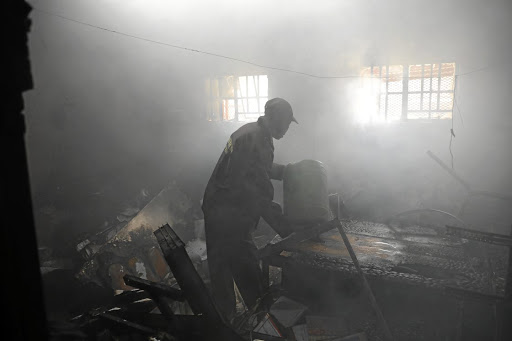 A shocking number of schools in Gauteng have fallen victim to arson during the Covid-19-induced national lockdown, in what is suspected to be an organised act of crime.

Today marks the 14th day of the 21-day lockdown and already 22 schools have been torched or vandalised in the province, leaving behind damages of millions of rands.

Provincial department of education has revealed that it has no budget to fix the damaged schools in the current financial year.

The latest school to be gutted is Soshanguve High School, north of Pretoria. Its entire administrative block burnt down yesterday morning.

It was in fact the fourth school in Soshanguve to be torched during the lockdown. Others are Amogelang Secondary on Monday morning, Phuthanang Primary last week and Lethabo Secondary, whose library was gutted.

21 Gauteng schools broken into or torched during lockdown so far: Lesufi

Eighteen schools in Gauteng had been burgled and vandalised by Tuesday, the 12th day of the nationwide lockdown.
News
1 year ago

Sowetan could not enter the Lethabo premises yesterday to assess the damages as its gates were closed. But the other three schools were in bad state as pieces of debris were still scattered all over the place.

The entire administration block at Amogelang was burnt down, damaging hundreds of documents, several electrical appliances, computers, printers, a fridge and a stove and even school photo frames had melted.

Police are investigating the cause of the blaze and no arrests have been made.

The schools in the area are vulnerable because there have been no patrollers at night after their contracts were not renewed last month.

The schools had been relying on community patrollers to keep an eye on the school building, especially at night.

The patrollers were paid a stipend by the provincial department of community safety.

Source at school governing bodies in the area told Sowetan they suspected school patrollers whose contracts were not renewed to be behind the burning of the schools.

Community safety MEC Faith Mazibuko admitted yesterday that they were aware about the allegations.

Mazibuko said she has ordered that all the patrollers to report to their nearest police stations in the Tshwane North to help police with the investigations.

Another school has been burnt in Gauteng which brings the number of schools burnt during lockdown to four.
News
1 year ago

"We have put together a team of special law enforcement [agencies] to assist in the investigations of these arson cases. We heard that school patrollers whose contracts ended in March night be behind the burning of the schools. [But] we will get to the bottom of this," Mazibuko said.

The MEC added that the negotiations with the provincial education department over new contracts for school patrollers stalled because of the lockdown.

Education MEC Panyaza Lesufi, who also visited the schools yesterday, once again condemned the burning of schools in the province.

Asked how much it would cost the department to fix the schools, Lesufi said they would only know the figures after their infrastructure team had completed with the assessment of the damages.

But he admitted that they didn't have the budget to fix burnt schools, and that "...we will be forced to take money meant to build new schools to fix this problem. But the victims will be the community that deserves new schools".

He said for the time being, temporary arrangements have been made.

"This is the same as if we don't have a school. Our school's history have gone down the drain, all the trophies, past learner's records, computers just about everything is gone. We will need close to a million rand to fix the damages," Chauke said.

"We don't have school patrollers at the moment and at least during the day we have a security but at night there is no one to guard the school. The department should immediately deal with the issue of security."

Community member Grace Twala, 45, said they were concerned about the future of their children.

"Some of the community members were once learners at this school and we would come here when we needed information but everything is in ashes. All the school work done by our children from the beginning of the year have gone down the drain," she said.

"It is very saddening that part of our history is gone. Clearly, there is someone who is sending a message [by burning schools] and the department need to come with a solution to protect our schools.

"We will need more than a million to fix the damages and this money could have been spent on something else," he said.

At Phuthanang, SGB chairperson Peter Tshabalala, said: "We have lost everything that we worked hard for for years."

The Congress of South African Students deputy secretary in Tshwane, Boipelo Moleko, said: "We are worried that pupils will be at home for much longer because of damaged schools.

"These pupils will not get their reports and all the administrative file work have been burnt. The issue of school patrollers is worrying us and the department has to do something about it."