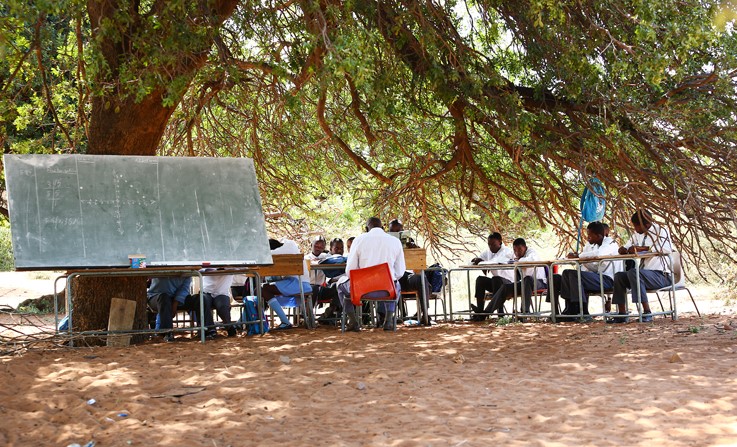 Schools across the country are being vandalised and stripped of their contents during the lockdown. File photo.
Image: Sunday Times/Masi Losi

While many liquor and food stores have been looted during the national  lockdown, schools are also taking a pounding.

The basic education ministry said on Friday that close to 400 of its schools had been targeted by thugs since the start of the lockdown, which left many of the properties vulnerable.

Basic education minister Angie Motshekga's office said 397 schools had been vandalised or burgled, and Mpumalanga had emerged as the hardest-hit province, recording 73 break-ins.

“The damage caused by the torching and theft in schools will affect the recovery plan once the lockdown is lifted,” the ministry said.

Experts believe the recent looting at shops and vandalism of schools are a mix of sheer criminal activity and people acting out of pure desperation.
News
1 year ago

Teaching items, stationery and school infrastructure had been stolen or vandalised in these incidents.

The most common targets in schools were the administration blocks where equipment was kept and the nutrition centres where food was stored.

Gauteng recorded the second-highest number of break-ins at 67. The Western Cape had 57, North West 55, Northern Cape 39 and KwaZulu-Natal 34. Limpopo reported 30 cases while the Eastern Cape had 26 and Free State 16.

Motshekga condemned the incidents and welcomed the recent arrests of people in connection with  school break-ins in Gauteng and KwaZulu-Natal.

In Gauteng, 44 people have been arrested, some of them  with items believed to have been stolen from schools.

In KwaZulu-Natal, two people were arrested.

“It is really unfortunate that criminals in our communities destroy the infrastructure of their own children. We applaud the work done by the police, and we hope more arrests will be made. We want to see the arrest and prosecution of every single criminal responsible for this kind of behaviour,” Motshekga said.

She said communities were meant to safeguard buildings which were meant for their own benefit. She called on community members to help police catch the culprits.

'Syndicate behind the school fires': SA schools under siege with vandalised since lockdown

A syndicate is suspected to be behind recent attacks on public schools in Gauteng after more than 50 schools were either broken into or set alight in ...
News
1 year ago

41 suspects arrested in connection with school burglaries in Gauteng

Police have arrested 41 suspects in connection with the increasing number of burglaries and burning of schools in Gauteng.
News
1 year ago
Next Article