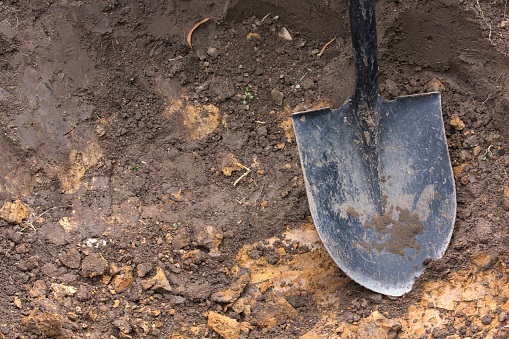 The body of a missing nursing graduate was found in her boyfriend's backyard.
Image: Getty Images

A 27-year old nursing graduate's body has been found buried in a shallow grave in her boyfriend's backyard five months after she went missing.

Kgothatso Pula's decomposed body was found buried in a shallow grave in Ga-Setati Village in Moletji outside Polokwane, Limpopo, and police on Friday arrested her 30-year-old boyfriend for the murder.

She was apparently scheduled to start working for the Limpopo department of health two months ago.

Kgothatso 's uncle Edwin Pula said the family  was deeply shocked and hurt as the deceased had been employed as a nurse by the department of health in Vhembe district. "She was excited that she was employed and going to take care of her younger sister after she completed her training at the Waterberg Nursing College. Her mother died a few years ago and she wanted to make sure that her 10-year-old sister doesn't lack anything in life, "he said.

Department of health spokesperson Neil Shikwambana was unable to verify the employment at the time of publishing.

A Katlehong man allegedly killed his girlfriend turned the gun on himself after attending an unsuccessful family meeting to try and resolve a dispute.
News
2 years ago

Pula said Kgothatso went missing after she was last seen with her boyfriend on January 2.  "We went to the boyfriend 's home and asked him Kgothatso' s whereabouts because he was seen with her. He told us that he didn't know where she is."

Pula said as the family and other community members were searching for Kgothatso,  the boyfriend, a well-known carpenter, didn't join them.

"Only his mother would tag along as we continued with the search and sometimes he will go alone, asking around. The Seshego police failed to crack the case until we escalated it to the province who didn't waste much time," he said.

Pula said while the family was looking for Kgothatso, her phone would ring and not be answered. "We would call her phone and it will ring but sometimes it would go off for weeks. And this is what fuelled our suspicions that there is foul play," he said

Kgothatso 's aunt Tlou Pula  said she spoke to boyfriend and "he told me that he doesn't know where she is. He wouldn't face me me when I asked him."

She said Kgothatso was a "humble child" with promising future.

Police spokesperson Brig Motlafela Mojapelo said Kgothatso went missing on January 2 2020 at about 8pm after she visited her boyfriend at Moletji ga-Setati.

"A search operation was then embarked upon but she could not be located and the missing person inquiry was then transferred to the provincial investigations unit for further handling.

"Members of the team received information that took them to a spot at the boyfriend’s family premises, where the remains were exhumed from a shallow grave in the afternoon," he said.

Mojapelo said the suspect was then arrested and will face charges of kidnapping and murder when he appears in the Seshego magistrate's court on Monday.

A local councillor, Rakgolo Makgopya, said he felt tricked by the suspect as he had confronted him over the disappearance.

The mother of a woman whose decomposing body was found at her boyfriend's house on Sunday says she pleaded with her daughter to leave the man.
News
2 years ago

"I don't want to lie but I believed him when he said he didn't know anything on the missing of Kgothatso. But since Kgothatso went missing he was always alone and no longer going around with his peers," he said.

Limpopo MEC for social development Nkakareng Rakgoale said she was saddened and shocked by the murder.

"It is very worrying to learn about such disturbing news where another young woman was killed by a man who she knew. The great work that has been done by a team of dedicated police officers is an indication that government is determined to stop incidents of GBV [gender-based violence] that are continuing to claim the lives of women and children, " she said.

"A team of social workers has been dispatched to the area to offer psycho-social support to the family and other affected people after they experienced the gruesome discovery of the remains of the victim," said Rakgoale.