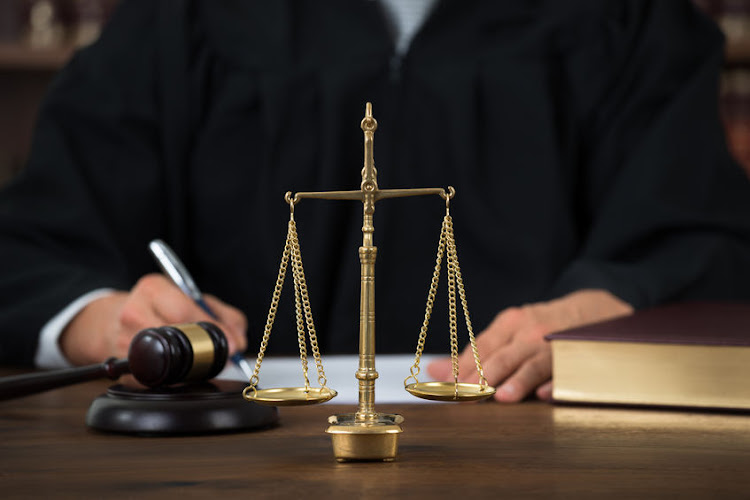 The Supreme Court of Appeal has ruled that two men detained for nine months for a murder they did not commit will only be compensated for damages for two weeks in detention. Stock photo.
Image: 123RF/Andriy Popov

The Supreme Court of Appeal (SCA) has ruled that two men held in custody from May 2005 until February 2006, when a murder case was withdrawn against them, can only be awarded damages for detention for two weeks.

Johannes Eugen Mahlangu and Phannie Johannes Mtsweni were arrested on May 29 2005 for the murders of Vusi Motebu, his partner Thuli Mathebula and two of their three children in Mhluzi, Middelburg, in Mpumalanga.

They did not commit the crimes. Their arrest followed a forced confession obtained by Detective Inspector Emson Mthombeni from Mahlangu, who then implicated Mtsweni.

During their detention, the police arrested the real perpetrators, who were later convicted and sentenced to life imprisonment.

After a number of appearances before court, the two men were released on February 10, 2006.

Mahlangu and Mtsweni instituted a damages claim for their arrest and detention.

Mtsweni died after the institution of the case and is represented by the executor of his deceased estate.

The high court in Pretoria held that the arrest and detention were unlawful. It held that the minister of police must pay damages of R90,000 to Mahlangu and R50,000 to Mtsweni.

However, the court held that their unlawful detention came to an end once they were detained in terms of a court order on May 31 2005 after their first appearance in court.

Dissatisfied with this judgment, they applied to the full bench of the high court, which confirmed the high court’s refusal to award damages for the period of their judicial detention from May 31. The appeal was dismissed with costs.

On appeal to the SCA, the majority judgment dismissed the application but increased the amounts for damages to R190,000 for Mahlangu and R150,000 for Mtsweni.

Acting judge of appeal Piet Koen said it was common cause that Mahlangu was tortured, and as a result, made a confession implicating himself and Mtsweni.

He said the inclusion of the docket with the intention that it be relied upon, was the factual cause of the two men's further detention from their first appearance on May 31 2005 until they again appeared in court on June 14 2005.

The Independent Police Investigative Directorate has confirmed that it is investigating the death of a man allegedly involving police in Soweto, ...
News
1 year ago

Koen said the men could probably have applied for bail on that date and they would have been released.

He said an appropriate award of damages for the period of two weeks’ detention would be R100,000, in addition to the amounts awarded by the trial court.

However judge of appeal Christiaan van der Merwe, in a dissenting judgment, said the issue was whether the two pleaded and proved that the unlawful conduct of Mthombeni and his colleagues was the cause of their entire detention.

Van der Merwe said in his view, Mthombeni unlawfully arrested Mahlangu, subjected him to a continuous assault and caused him to make a statement falsely incriminating himself and Mtsweni.

As a result, he said both Mahlangu and Mtsweni were incarcerated for a period of nine months. “Therefore the forcible extraction of the confession was the cause of the entire period of the incarceration of Mr Mahlangu and Mr Mtsweni,” said Van der Merwe.

Van der Merwe said a sum of R400,000 should be awarded to each appellant, in addition to the amounts awarded by the trial court.

The RDP houses where more than 100 families were evicted in Daveyton, Ekurhuleni, have been vandalised.
News
1 year ago

A Sebokeng police officer died after attackers fired a hail of bullets at a police officer's vehicle on Tuesday evening, national police said.
News
1 year ago
Next Article