Smokers 'can buy ciggies', with one condition, in Western Cape 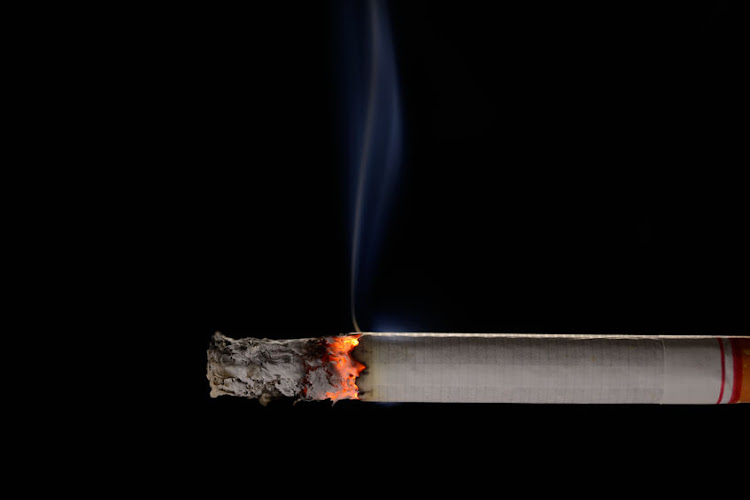 Authorities in the Western Cape have taken a different view on the sale of cigarettes during the 21-day lockdown.
Image: 123RF/Somsak Sudthangtum

Smokers have been given a reprieve when it comes to buying cigarettes under lockdown in the Western Cape.

The provincial government, in its interpretation of the lockdown rules and in consultation with the police, says cigarettes may be purchased at shops provided they are bought along with other essential goods.

Cape Town mayoral committee member for economic opportunities and asset management, James Vos, said in a statement that guidelines had been drafted by the city and provincial governments. This was to provide “clarity to security forces as to which retailers can stay open during the lockdown, what goods can be sold and the conditions these establishments need to abide by to stay open”.

It said: “These guidelines received concurrence from SAPS Western Cape on March 31 2020.”

He said there was a “measure of ambiguity in the current regulations” when it came to definitions such as what constituted a grocery store and a spaza shop.

The essential goods being referred to, said Vos, included any food product, animal food, and cleaning, hygiene and medical products.

“This is therefore what stores should be limiting their product range to as per national government regulations,” he said.

According to these guidelines, shops that were then permitted to sell cigarettes and other essential goods included spaza shops and grocery outlets. Other types of businesses that could operate during this time included fruit and veg shops, butchers and convenience stores at filling stations, as well as pharmacies.

“It stands to reason that in addition to grocery stores and spaza shops, other shops are also entitled to be open if they are selling essential goods. However, these are the only goods that should be sold,” he said.

National police spokesperson Vish Naidoo said a few days ago that cigarettes were not classified as essential goods. At the time it had emerged that the Garden Route Municipality was allowing the sale of cigarettes.

“I went to check the annexure, and cigarettes don't feature there,” said Naidoo.

Western Cape premier Alan Winde told radio 702 on Thursday afternoon that the province had not reversed the ban on selling cigarettes but merely interpreted the regulations differently. This also freed up resources trying to police the sale of cigarettes, he added.

He said discussions were under way about the potential sale of items needed by matric pupils, many of whom are learning online during the lockdown, such as stationery, books, internet dongles and phone chargers.

Police on Sunday shot down any suggestion that cigarettes would be allowed to be sold during the lockdown.
News
1 year ago
Next Article