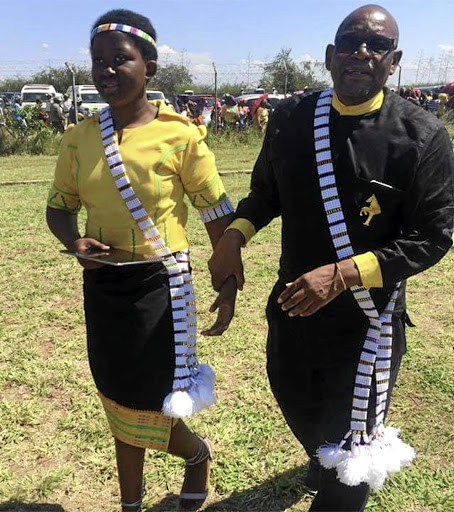 ANC MP Mathole Motshekga is embroiled in a bitter fight with the Modjadji Royal Council over the custody of the Rain Queen.

Tensions between the two reached fever pitch on Friday when he was dismissed as an adviser after a litany of allegations were levelled against him.

The council ordered Motshekga to return custody of Masalanabo Modjadji, 15, the heir to the throne. But Motshekga dared the council to go to court if they want custody of her.

"I was not dismissed; I want to focus on my parliamentary role. You know I'm at the ad hoc committee to amend section 25 of the constitution and there is too much work.

"I was given the child [Masalanabo] by the court and they [the royal council] should do the same," he said.

Balobedu regent Mpapatla Modjadji confirmed that Motshekga has been dismissed and said they demand he return custody of his niece.

In a letter sent to President Cyril Ramaphosa last month seeking his intervention, the royal council accused Motshekga of plotting to take over the queenship of the Balobedu.

Regent Modjadji said they were investigating Motshekga for several things, including
allegedly operating an illegal Queen Modjadji office in Midrand, Johannesburg, and money being fundraised in Masalanabo's name at different institutions and with different business people.

"Masalanabo is being taught a Venda culture and being prepared to be taken to a Venda initiation school. A council is being put together to prepare for takeover of the Modjadji dynasty," he said.

I really do not know why the VhaVenda royal house had to be told by a court of law on how to do the right thing regarding the disputes over ...
Opinion
2 years ago

Motshekga denied the allegations, labelling them a "smear campaign" on his personality.

"It is all about power, people realise now that the child has grown and will be resuming her duties. And now everybody appears to care," he said.

Motshekga was granted custody of Masalanabo in the Randburg magistrate's court in 2005 following the death of her father David Mogale who took her just after her mother Rain Queen Makobo's burial in 2005 and went into hiding with her.

He had approached the royal council to help get back Masalanabo before Mogale died. But, according to the royal council, Motshekga has failed to comply with the court order that granted him custody.

The court ordered that the child should stay with Motshekga but visit the royal house during school holidays.

He is accused of not allowing Masalanabo to visit the royal headquarters and her relatives. Regent Modjadji said Motshekga had made Masalanabo turn her back on her brother Lekukela and that she no longer spoke her language, Khelobedu.

"Lekukela and Masalanabo have no bond at all. I tried to tell Lekukela to always keep in touch with his younger sister and he told me she is not responding to his calls or text messages.

"She is very young; she should be growing up with her royal siblings of her age as to be preparing her to select her own council in future when she starts to reign," he said.

"But Motshekga is preventing that from happening and introducing her to his family and friends who are even not part of this dynasty. She doesn't even know how to speak Khelobedu."

Miffed Venda traditional leaders have resolved to pull out from the National House of Traditional Leaders (NHTL), accusing it of undermining their ...
News
2 years ago

"Mr President, It is a great sadness to inform you that the Modjadji Queenship is under attack which may cause the dynasty to be one of those under disputes.

"Motshekga goes in public official gatherings and functions to introduce Masalanabo as the Queen Modjadji 7; that is not allowed in our culture; it's a taboo and bad omen to publicly announce the young princess," he said.

"We need you to rescue us from this situation because if we do it ourselves it will end bad. Motshekga told me that he is engaging with the president to give Masalanabo a Queenship certificate now before her inauguration; who is he in this dynasty?"

Motshekga accused the royal council of not visiting and taking care of Masalanabo financially. "They receive R6m every year for the Queenship but not a cent is spent on the child. I'm going to allow the president to deal with the matter."

Presidency spokesperson Khusela Diko referred the matter to the department of traditional affairs.

I admire women who stand their ground and challenge patriarchy because such a fight usually benefits all women in SA.
Opinion
2 years ago

The Mphephu-Ramabulana Royal Family Council has decided not to take the battle for Vha-Venda kingship in the family forward.
News
3 years ago