7 die, 8 seriously injured when taxi crashes into truck in Mpumalanga 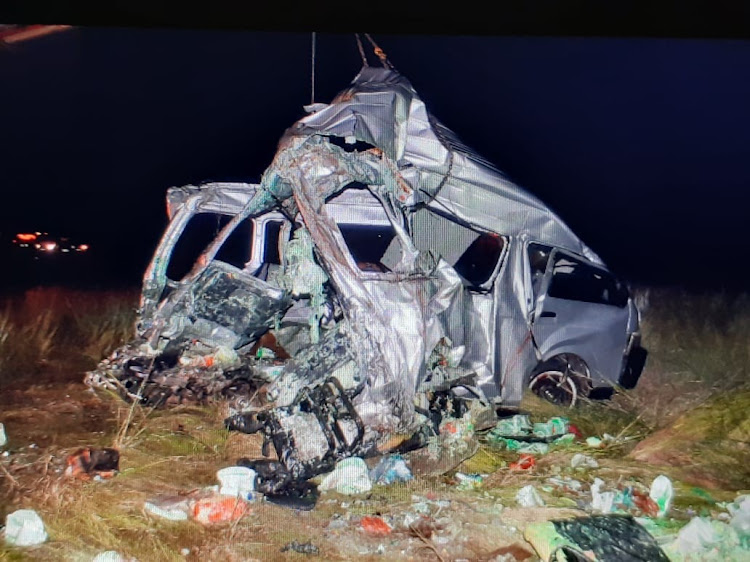 Seven people have lost their lives while eight more were seriously injured when a minibus taxi collided with a truck on the N4 road in Hectorspruit between Malalane and Komatipoort in Mpumalanga on Tuesday night.

According to the department of community safety, security and liaison (DCSSL), a taxi was travelling from Johannesburg to Mozambique when the accident took place.

DCSSL spokesperson Moeti Mmusi said the taxi driver lost control and hit the side of the truck.

“Seven people lost their lives at around 23h30 on Tuesday when a taxi from Johannesburg to Mozambique lost control and slammed on the side of a truck. Eight people, including the driver of the truck, were seriously injured and they were transported to Shongwe, Tonga and Nelspruit Medi-clinic hospitals,” said Mmusi.

Mmusi said the deceased were four women and three men, all from the taxi.

DCSSL MEC Gabi Shabalala said she was saddened by the incident.

"Transportation of goods and people are the backbone of our economy and therefore more caution should be applied by the drivers at all times so that deadly crashes are drastically reduced," Shabalala said.

"Crashes are inflicting unbearable pain and untold suffering to many families. Therefore motorists should play their part and always obey the rules [of the road]. Billions of rands were lost annually to deal with the aftermath of these deadly crashes which are mostly preventable.”

Three Gauteng primary school children were among the 10 people who were killed in a collision between a taxi and a light motor vehicle on the R553 ...
News
1 year ago

Unscrupulous tow truck companies continue to tow road users cars against their will from accident scenes and later sell them to defray storage costs.
Opinion
1 year ago
Next Article